A former police officer with the San Francisco Police Department who was stricken with a heart attack and given a desk job for a year after an inability to return to active duty has failed in his bid to seek compensation from his employer for not making his desk job permanent. It is not known if there is a long-term disability claim, or if there were any examples or instances of long-term disability denied, in the man’s discrimination lawsuit. 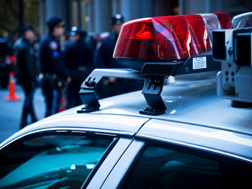 California Insurance Law contains various provisions for disability claims, when an individual is injured on the job, suffers a health setback or other issue that prevents the employee from performing the normal functions of his or her job. The Employee Retirement Income Security Act (ERISA), as amended in 1974, also comes into play with regard to disability income, pensions and other matters. ERISA cuts a wide swath and addresses countless areas relating to employee benefits.

Payments made to a disabled worker translate into a cost for the employer. Many employers would rather avoid either direct costs or the indirect costs associated with disability payments appearing as increased disability insurance plan rates.

When an employee encounters a case of denied ERISA disability - for whatever reason - a California denied disability insurance lawyer is often brought into the situation in an effort to achieve some degree of justice for the denied worker.

In the case of Kenneth Lui, his luck ran out - along with his disability pay, and his job.

According to The San Francisco Chronicle (3/28/13), Lui had been a San Francisco police officer for 24 years when he was suddenly struck down by a heart attack in December 2005. After taking 11 months of disability leave with full pay, Lui spent the next year riding a desk in the police records room.

The desk job suited Lui fine, and he would have preferred to continue. However, according to policy maintained by his employer, Lui was only eligible to undertake the desk job for a period not exceeding one year, after which he would have been expected to rejoin the active force, undertaking duties similar to those performed prior to his heart attack.

His employer would not bend the rule - even for a veteran police officer - and Lui was forced into retirement in April 2008. He brought a discrimination lawsuit against the San Francisco Police Department, arguing that his employer should have done more to accommodate his disability through the provision of a permanent administrative job.

More CALIFORNIA DENIED DISABILITY INSURANCE News
The San Francisco Police department argued that it was entitled to maintain that all police officers, regardless of duties, should be in a position to undertake strenuous work in the event of an emergency or mass mobilization. It was noted the department had eliminated any provision for permanent light-duty work for disabled police officers in 2004, just a year prior to Lui’s heart attack.

Lui’s lawsuit was initially dismissed by a California Superior Court judge, with the ruling upheld by the First District Court of Appeal this past December. It is not known if Lui had any plans to take his case to a federal court.

Could Lui have options under California Insurance Law by seeking California insurance claim help? There are examples of employees receiving disability payments long after stepping away from active service due to a disability.