The US Food and Drug Administration (FDA) has announced that both Eli Lilly and Amylin Pharmaceuticals are updating the labeling for [Byetta] to include the increased risk of pancreatitis. Meanwhile, patients who have been harmed by Byetta are investigating a possible lawsuit against the drug's manufacturers.

The updated warning labels follow the release of a review of 30 reports of acute pancreatitis, which found that patients taking Byetta had an increased risk of pancreatitis as compared with patients taking a different drug. Of the 30 cases that the FDA reviewed, five involved serious complications including kidney failure, tissue inflammation and intestinal obstruction. Twenty-two patients recovered after they stopped taking Byetta. In six of the reported cases, symptoms of pancreatitis either began or became worse after a doubling of their Byetta dose. Twenty-one of the patients were hospitalized. 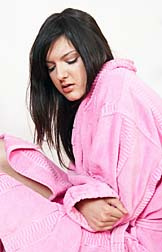 Symptoms of pancreatitis include persistent abdominal pain that can radiate to the back and that may be accompanied by vomiting. Patients taking Byetta who experience these symptoms should seek medical help immediately. Pancreatitis is a severe inflammation of the pancreas that can be fatal. In some cases of pancreatitis, patients may experience internal bleeding, tissue damage and infection. Furthermore, toxins and enzymes can be released into the bloodstream, harming the patient's organs.

Byetta was approved for the treatment of type 2 diabetes in 2005. It is manufactured by Amylin Pharmaceuticals in cooperation with Eli Lilly. Byetta is given in injections two times a day and is used by 700,000 people in the US. In 2006, Byetta had sales of $430.2 million.

Patients who currently take Byetta and are concerned about the risk of pancreatitis and other serious side effects should not stop their medication without first speaking to a medical professional to discuss their treatment options.

If you or a loved one has suffered from acute pancreatitis after taking Byetta, please contact a lawyer involved in a possible [Byetta Lawsuit] who will review your case at no cost or obligation.
Request Legal Help Now