When Bristol-Myers Squibb (Squibb) and AstraZeneca close the deal on their acquisition of Amylin Pharmaceuticals, the suitors will not only rake in the cash from Amylin's new once-weekly diabetes drug injectable Bydureon, they will also have to assume any perceived and demonstrated risks associated with both Bydureon and Byetta. The latter has been linked to various side effects, including Byetta acute pancreatitis and kidney problems. 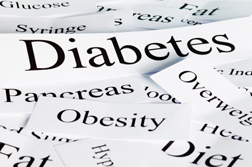 The pharmaceutical world has been giddy over the prospects of a weekly injection to control diabetes, as opposed to twice-daily injections that are the bastion of Byetta. Bydureon is, essentially, Byetta with a boffo feature that releases the benefits slowly and consistently over the course of a week from one single injection.

The promise of 13 fewer injections per week has, for many diabetes patients, overshadowed the risks. And there are risks, such as the potential for heart rate abnormalities, according to a recent report in The New York Times (6/30/12), announcing the sale of Amylin. Those risks were instrumental in the twice-denied Amylin application for Bydureon by the US Food and Drug Administration (FDA).

As it is, in the same month that Bydureon won FDA approval—an event that ultimately led to the acquisition of Amylin by Squibb and Astra-Zeneca—the FDA chastised Amylin for withholding the results of a thorough QT study conducted for Health Canada that raised concerns about Bydureon.

Those concerns were apparently insufficient to discourage Squibb and AstraZeneca, which viewed the once-weekly injectable Bydureon as a must-have. In spite of Squibb assuming all Amylin debt and having to make a payment to buy out Amylin's former partner Eli Lilly & Company—and besides forking out nearly $7 billion between the two of them—the new owners of Amylin and the gatekeepers to the emerging Bydureon franchise are bullish about the prospects.

More BYETTA News
And yet Byetta is still around, although sales are declining due in part to safety concerns over the potential for Byetta acute pancreatitis, kidney problems and heart problems. And with so many similarities amongst Byetta and Bydureon, health advocates are wondering if Bydureon patients will suffer from adverse reactions akin to Byetta side effects, in the absence of the same fate. While Byetta fortunes are declining, Bydureon is expected to soar as diabetics embrace the concept and convenience of a single injection once per week, rather than 14.

Both drugs are fashioned from the saliva of the Gila monster, a poisonous lizard found in Mexico and the Southwestern US.

Various Byetta lawsuits have alleged kidney problems and other adverse reactions that have been serious enough to foster two deaths. Given the expected popularity of Bydureon, will a similar basket of side effects emerge? And with the acquisition of Amylin by Squibb and AstraZeneca for the chance to own the Bydureon franchise, are the new owners gambling that revenues will outpace the costs associate to defend Bydureon lawsuits, as has been the case with Byetta?

Health advocates, and diabetics will be following this bit of Byetta news for some time.