A study published in the journal Gastroenterology that suggested serious Byetta side effects, including a potential risk of pancreatitis, has been withdrawn, following letters of complaint from the drug's makers. The study suggested a link between Byetta use and an increased risk of pancreatic cancers and pancreatitis. The Byetta study's withdrawal was covered in BMJ. 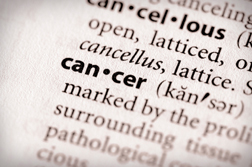 The initial study, as published online in Gastroenterology, suggested that Byetta and another antidiabetes drug could significantly increase the risk of pancreatitis and certain cancers. Specifically, they found that the risk of pancreatitis increased by 6.8 times in patients who used sitagliptin (the generic form of Januvia) and 11.8 times in patients who used exenatide (the generic form of Byetta). Regarding pancreatic cancer, the risks increased 2.4 times with sitagliptin and 2.0 times with Byetta. Finally, regarding thyroid cancer, the risks increased 3.4 times and 7.6 times, respectively.

After the study appeared online, the drugs' makers, Novo Nordisk and Merck, wrote to the editor in chief of Gastroenterology, Anil Rustgi, to voice their concerns. Specifically, they argued that the analysis, which involved a review of the US Food and Drug Administration's Adverse Event Reporting System, reached unjustified conclusions when it suggested the link between the drugs and serious adverse reactions. The letters noted that the Adverse Event Reporting System was not meant to reach conclusions about rates of adverse events or quantify the risk of adverse events.

More BYETTA News
The paper was "withdrawn," according to BMJ (04/11/11), indicating that the editors of the publication, rather than authors of the study, pulled the article.

Although the paper was removed from the online version, it was reportedly still published in the July print edition along with an editorial (Bloomberg, 09/16/11).

That said, there is still no official consensus as to whether or not Byetta does carry an increased risk of cancer. At least one scientist has conducted a study that showed no increase in the risk of pancreatitis or cancer associated with the use of Januvia. That study was presented in September at the European Association for the Study of Diabetes meeting.

According to the Bloomberg article, Byetta, which is given two times a day via injection, had worldwide sales of more than $700 million in 2010. Byetta is made by Eli Lilly and Amylin Pharmaceuticals.