Attorney Robert K. Rhoads: "It's not like condemning someone's house."

Attorney Robert K. Rhoads is a shareholder in Oklahoma City-based Hall Estill, working out of the firm's Northwest Arkansas office in Fayetteville. A 1980 JD graduate of the University of Arkansas law school, Rhoads recently won a $2.6 million dollar jury verdict for compensation in a condemnation case involving the neighboring city of Cloverdale, Ark. LawyersandSettlements.com spoke with Rhoads shortly after the verdict in his Fayetteville office.

LawyersandSettlements.com (LAS): How would you describe your area of specialization? 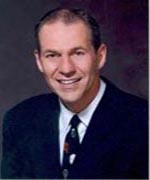 Robert K. Rhoads (RKR): I do commercial litigation. That's basically two companies suing each other over money or contracts or whatever—for the most part, I represent one company or another, whether it's a dispute over trying to enforce or get out of a non-compete clause, breach of contract, or something like that. I represent a number of vendors such as Wal-Mart vendors who might be suing each other over things like that.

LAS: You recently won a $2.6 million dollar verdict in a condemnation case. What was that case about?

RKR: This involved a client I've represented on a number of cases. People would classify it as a condemnation case. In a nutshell, my client, Triple T/Springdale Cold Storage was sued by the city of Springdale in a condemnation action, and we maintained that they owed us relocation and restoration costs rather than simply real property value.

We basically stipulated to their appraiser's valuation of real property, which was relatively little in damages. Our valuation was for a cold storage plant that flash freezes and store foods and that had to be torn down and relocated. In the original condemnation action, we were promised that we would receive compensation for that, but then after about two years the city of Cloverdale said they didn't owe us for relocation and restoration after all, so sorry.

The $2.6 million was the award we got from the jury, and was about four times the city's real property valuation. Relocation and restoration costs are somewhat unusual, at least in this part of the country. I researched cases in Arkansas and the surrounding states and didn't find a lot precedent for this sort of award.

LAS: You described the verdict as an aspect of emerging law. Was the award of relocation and restoration costs rather than real property valuation the emerging law?

RKR: That's it exactly. Judges are more willing to let juries determine what you use in deciding the value of a condemned piece of property. This wasn't necessarily the case previously. Before this, in most case law here in Arkansas, when they allowed relocation costs, it was always for less than the valuation of the real property. In this case, it was considerably more.

The condemnation involved widening of an avenue. It's not like condemning someone's house, where you appraise the house for real property value and the owner buys a new house. Our city attorney here in Fayetteville, which is a sister city to Cloverdale, called me up afterward and said he liked the verdict but as a city attorney he wasn't too happy about the law it was creating. He said that it was the largest condemnation award he'd seen in the state of Arkansas.

LAS: Do you expect that this verdict sets a legal precedent in the state of Arkansas?

RKR: Well, if this had been a federal highway project, the federal Relocation Act would have dictated how to do things. Each state has their own law as far as the condemnation issue goes; in Arkansas, it's normally basically real property value.

This won't be a reported case unless it gets appealed, so I don't think you can try to tell a judge elsewhere in Arkansas something about a jury verdict that came in, but you could probably use the case in your negotiations in a condemnation case. You couldn't cite it to a judge as something of a precedent, but it might soften up a city council to give you relocation costs.

LAS: Would you say this was one of your more interesting cases?

RKR: I'd say this particular case was as interesting as anything I've done. For me, since I'm on the Fayetteville City Council, it was interesting seeing how our sister city's council appraised and valued this thing. Trying to pick your most interesting cases is a bit like trying to pick out your favourite kid, though!