Once upon a time, computer supply giant Dell was able to boast that it consistently met or exceeded investor expectations with regard to performance. Then performance fell. The reasons for that drop is revealed in a settlement, announced on Thursday, adding up to $100 million in penalties to settle charges of disclosure accounting fraud. 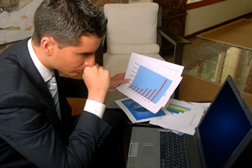 The charges were originally filed by the Securities and Exchange Commission (SEC) in Federal District Court in Washington, which accused the computer manufacturer of misleading investors.

According to the SEC investigation, Dell at one time had an agreement with computer chip manufacturer Intel, which stipulated that the latter pay Dell rebates in exchange for Dell's agreement not to use chips manufactured by Intel rival Advanced Micro Devices (AMD).

"Dell manipulated its accounting over an extended period to project financial results that the company wished it had achieved but could not," said Christopher Conte, associate director of the SEC's enforcement division, in a statement summarized in the 7/22/10 edition of the New York Times. "Dell was only able to meet Wall Street targets consistently during this period by breaking the rules."

The legality of the rebates is also coming under scrutiny, after it became the subject of federal and state antitrust inquiries directed at Intel.

Dell knew the charges were coming. As a result of the SEC and Federal Trade Commission (FTC) investigation, Dell re-stated its earnings for the period 2003 through the first quarter of 2007, three years ago.

The impact of the Intel rebate payments on Dell's earnings reports (as originally stated) is compelling, rising from a 10 percent upward impact on earnings in 2003 to 38 percent in fiscal 2006 and jumping to 76 percent in the first quarter of 2007, according to the SEC.

Last month Dell announced that it had set aside $100 million for the anticipated settlement. Sure enough, when the SEC filed charges on July 22 in Washington, Dell was there to answer the call with $100 million.

Michael Dell, the company's chairman and chief executive, and Kevin Rollins, the former chief executive, each agreed to pay a $4 million penalty. Dell's former chief financial officer, James Schneider, agreed to pay a $3 million fine under similar terms, and paid an additional $83,096 in disgorgement and $38,640 in prejudgment interest. Nicholas Dunning, a former regional vice president for finance, and Leslie Jackson, a former assistant controller, each agreed to pay $50,000 in penalties.

Michael Dell and Kevin Rollins did not admit or deny the charges but agreed to an order prohibiting them from violating federal securities laws.

Similarly, Dell the company did not admit or deny the accusations, and agreed to an order permanently enjoining it from future similar violations.

Such a position—neither confirming nor denying the charges—is common in SEC settlements, the New York Times said.

It should be noted that Dell, in seeking additional rebates from Intel near the end of the quarter in an effort to meet earnings targets, was "quite open with Intel about the reasons it was requesting additional money," according to the SEC complaint.

If you have suffered losses in this case, please send your complaint to a lawyer who will review your possible [ACCOUNTING FRAUD Lawsuit] at no cost or obligation.
Request Legal Help Now