The crash of a tour bus in Virginia on May 31 that took four lives is turning into a criminal investigation after the driver was charged with reckless driving. What's more, the carrier has a history of citations and safety violations, suggesting that lawsuits could stem from the accident as family members of those killed come to realize that the accident might have been prevented. 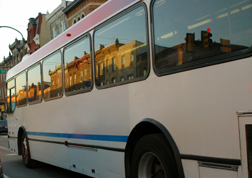 The Sky Express tour bus was traveling along Interstate 95 early Tuesday about 30 miles north of Richmond, Virginia, when it swerved off the road and rolled over. Amongst the 58 passengers, four people were killed and dozens were injured. Traffic was snarled for hours during the pivotal morning commute.

According to an account published May 31 in The New York Times, the bus had departed from Greensboro, North Carolina, at about 10:30 pm on the night of Monday, May 30, and was travelling along the Interstate in the wee hours when the accident is reported to have happened.

More BUS ACCIDENT News
The driver was treated at the scene for minor injuries. It is not known if Kin Yiu Cheung, of Queens, might have fallen asleep at the wheel. However, investigators are basing their hypothesis on fatigue.

In fact, according to records maintained by the Federal Motor Carrier Safety Administration (FMCSA), Sky Express had been cited for fatigued driving, among other violations, over the past two years.

Unsafe driving, driver fitness and vehicle maintenance issues were also areas over which Sky Express lost marks with the FMCSA. According to the report, there were 17 citations for unsafe driving, together with eight violations for speeding.

However, in the last two years, Sky Express has been cited 46 times for fatigued driving.

Authorities have since determined, according to The New York Times report, that the accident was not due to any mechanical fault with the bus. They blamed the accident on driver fatigue.

If you or a loved one have suffered losses in this case, please click the link below and your complaint will be sent to who may evaluate your claim at no cost or obligation.
Request Legal Help Now