"Last January, my husband suffered a burn injury at work and had to get skin grafts to his left hand and chest," says Laurie. "Jim still has to wear a glove on one hand to smooth the skin graft. People at work laugh and call him Michael Jackson. They are supposed to be adults-- you don't say this kind of thing to a burn victim."

Jim (not his real name) works in shipping and receiving at a painting contractor warehouse. On January 9th, 2007 a co-worker was pouring off an epoxy paint solution in a 55-gallon drum and mixed it with the wrong ingredient; it started to boil. 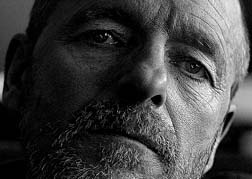 "Someone moved it outside because it was smoking up the warehouse and he yelled to Jim," says Laurie. "The fumes were thick and they were heading over to the elementary school next door so Jim lifted the drum onto a two-wheeler dolly, hit a bump and it back-slashed--it poured all over him. Thank God he turned his head, otherwise he might have been blinded.

His co-workers saw it happen and heard his screams. They cut his shirt off and they tried to get him cooled down with cold towels. This is the part that makes me so mad: before taking him to the hospital, his boss made him go to occupational health to get tested for drug and alcohol consumption because it was an accident at work: they wanted to make sure he wasn't under the influence of anything. They could have done that at ER.

That day is a blur to me so I don't know exactly how long he spent getting this test. He was probably there for 30 minutes. I understand that the accident occurred around 11.30 m and he called me at 1.45 on my cell phone—on his way to St. Paul's hospital. A co-worker drove him—they didn't even call an ambulance.

I swear that God sent our son over to the house that day because I was so upset I couldn't drive to the hospital. When we found Jim, I didn't want to cry in front of him—it was so horrible I just walked out of the room. They cut all his clothes off, even his shoes were ruined.

They wanted to keep him in hospital but he refused. He said that I could take care of him and change his dressings but he ended up getting an infection two days later and we took him back to ER. We saw burn doctors and he had skin grafts a few weeks later.

In the state of Minnesota you cannot sue your employer. But the short end of this story is that he didn't go after his employer until they tried to fire him. His boss said that Jim wasn't doing his job properly. But he couldn't continue doing the same job due to work restrictions placed by his doctor. Now he is going through post-traumatic stress from the injury and he is definitely not the same person he was 18 months ago. He has nightmares, and depression; he can't concentrate and generally feels worthless.

More News
They haven't fired him yet but they are certainly making his life miserable. We thought his employer was going to treat him well after the injury because they were paying him full salary so he didn't have to go on workers compensation. He was off work for eight weeks. It has been a nightmare since he went back.

All because he was trying to do a good deed; he didn't want those fumes pouring into the elementary school. And the Environmental Protection Agency was never called. This stuff he got burnt with gets up to 1200 degrees Fahrenheit; it isn't even used by painters because it burns through the bucket. I believe it is only used on steel.

He has worked eight years for this company and that's the thanks he gets. I am so angry with them. They demoralized him, said he is no good, laugh at him and more. All because of this burn injury. It got to the point where we decided it is time to get legal help."