2017 Could Be a Big Year for Bravelle Litigation

It's been more than a year since the first Bravelle lawsuit was filed in the United States and a judge has recently ruled that Bravelle claims can move forward, meaning 2017 could be a big year for Bravelle litigation. The fertility treatment was voluntarily recalled in 2015 after reports emerged that the drug could lose its potency. 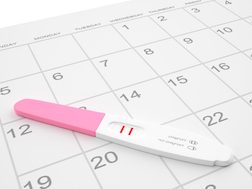 Bravelle plaintiffs have filed lawsuits not just because the drug lost potency but because many of them pinned their hopes and dreams—not to mention their finances—on the fertility treatment being effective. Although they can be reimbursed for the cost of the medication, the out-of-pocket expenses some say they put out and the fact that for many, time is no longer on their side, mean their last hopes of becoming pregnant rested on a drug that may not have worked as intended.

The problem is reportedly the Bravelle's shelf life—how long the drug stays potent before it expires. Manufacturer testing of the drug reportedly showed that some batches of the treatment lost their potency in less time than expected. But those batches had already been used in some treatments, and women failed to become pregnant. Women who were injected with Bravelle—and then had doses increased because it was not working properly—also say they were put at increased risk of side effects.

Ferring Pharmaceuticals filed a motion to dismiss the lawsuit, including dismissal of claims concerning various state laws, arguing that plaintiffs had not shown the Bravelle used in their treatment was among the recalled lots. The court granted Ferring's motion to dismiss claims made regarding the Michigan Consumer Protection Act, and the Illinois breach of implied warranty claim. But the judge allowed the plaintiffs to file a second amended class action complaint, finding that the plaintiff should be allowed to amend the complaint before it is dismissed.

More BRAVELLE INFERTILITY DRUG News
"Based on the timing of Plaintiffs' fertility treatments, Defendant's discovery that certain batches of Bravelle were sub-potent in tandem with the resultant Bravelle recall, and that Plaintiffs' infertility treatments failed, Plaintiffs have plausibly alleged that the Bravelle they used at the time of their treatment was sub-potent, despite their failure to identify the exact Recalled Lot number," the judge ruled, according to court documents.

Lawsuits against Ferring allege breach of express warranty, unjust enrichment, and violations of a variety of consumer fraud and consumer protection acts. Plaintiffs allege Ferring knew or should have known about problems with the recalled lots and should reimburse plaintiffs for out-of-pocket expenses incurred during treatment.

If you or a loved one have suffered losses in this case, please click the link below and your complaint will be sent to a defective products lawyer who may evaluate your Bravelle Infertility Drug claim at no cost or obligation.
Request Legal Help Now