It’s hard enough starting off in life lining up a career, a car, a house, paying off student debt and perhaps getting some investments going, not to mention planning a family. The latter could include starting a college fund, getting a baby’s room together, along with all the inherent costs associated with welcoming a new member of the family. For most, there is no cost associated with becoming pregnant. However for those with fertility issues, use of fertility drugs such as Bravelle often means the difference between successful conception, and being left childless. It would therefore come as no shock that those having paid handsomely for Bravelle fertility treatment have been left reeling from the Bravelle Recall. 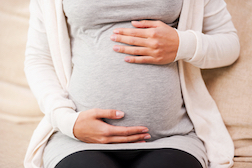 This includes Amanda and Joep Olthuis, a Canadian couple having launched a class action Bravelle lawsuit alleging a defective product. Their lawsuit takes Swiss-based Ferring Pharmaceuticals to task for health care costs, out-of-pocket costs, loss of income, pain and suffering, and “loss of opportunity to have biological children.”

The Olthuis were presented with the Bravelle option as a promising pathway towards a successful conception. However, it would not be cheap. While Canada has a very good national healthcare system, fertility treatments are not covered federally and are only included in the coverage protocols of two provinces (Quebec, and Ontario). It was left to the BC couple to undertake the funding themselves.

“We scrounged, scraped and saved for two years because we wanted a family.”

As it happened, the Canadian couple was caught up in the Bravelle Infertility Drug Recall, after tests revealed that four lots of urofollitropin (Bravelle) sold between 2014 and 2015 in the US and Canada had displayed “reduced potency.”

Their journey down the assisted fertility road was derailed.

CTV News reported that Ferring had offered to reimburse the couple for the cost of the drug - about $2500. But that amount pales in comparison to the total cost of the complete IFV cycle, which added up to $14,000 in total. The Olthuis would not have completed the entire cycle had they known - or been informed that the batch of Bravelle they had used, turned out to be a virtual dud.

“We would have never have done the whole cycle if we knew the drug was a dud,” Joep Olthuis told CTV News. “We really started realizing we deserve more.”

More BRAVELLE INFERTILITY DRUG News
Other couples in Canada as well as the US - hundreds of them, by various estimations - feel the same way, with dozens of Bravelle Infertility Drug lawsuits emerging. In the Olthuis case, a statement of claim to the Supreme Court of British Columbia notes that “The Defendant may have squandered these women’s last opportunity to get pregnant, causing serious mental and emotional harm to couples who now may be unable to start families of their own.”

To a pharmaceutical giant, a bad batch can be written off as an unfortunate inconvenience that might cost them some dollars in litigation compensation. But to couples having scrimped, saved and denied themselves to facilitate the miracle of assisted fertility - only to have it fail - enacts a cost far pricier and compelling than mere dollars could measure.