Brain Injury and the CFL: The Scrimmage Continues

As the Canadian football season winds down and the NFL winds up with next years' Super Bowl in its sights, the spectator sport of professional football appears to be migrating from the stadium to the courtroom, as debates over concussions and brain injury continue to dominate a sport once governed by strength and stamina. Now, players having suffered recurring concussions accuse the NFL of lacking good judgment and common sense towards preventing traumatic brain injury. 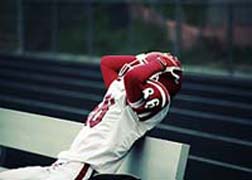 The NFL, for its part, is at least acknowledging the potential for concussions. So many players, and their respective families have filed a brain injury lawsuit; the league can ill afford to ignore the issue.

But according to the Star-Ledger (11/1/12), there is much legal posturing going on. In August, the league filed a motion to dismiss the more than 100 brain trauma lawsuits that have been consolidated before US District Court Judge Anita B. Brody on grounds that the concussion debate is not a legal issue, but rather a labor issue and one most appropriately handled by the player's union by way of their Collective Bargaining Agreement (CBA).

The plaintiffs filed their response October 31 in US District Court Philadelphia, their TBI lawyer suggesting that relevant CBAs do not address long-term brain injury. The players, citing brain injury law, also accused the NFL of committing fraud through the concealment of risks associated with repeated head trauma.

One early plaintiff in a brain injury lawsuit filed last year against the NFL did not live to see the outcome. Former Atlanta Falcons safety Ray Easterling was 62 when he took his own life this past April. He protected his head in his successful suicide attempt so his brain could be studied. An autopsy confirmed Easterling suffered from Chronic Traumatic Encephalopathy, or CTE.

"The NFL knew that players were exposed to risks of severe neurological injuries, yet did nothing to prevent them," the brief says, adding that the league "failed to warn players about the dangers of concussive and sub-concussive impacts," did not advocate preventive rule changes and failed to "implement equipment standards adapted for head trauma."

Historically, football is a rough-and-tumble game that sees players often sustaining injuries??"including concussions. However, unless a player was unconscious, or noticeably dizzy and unstable, he was often sent back in to play after just a few minutes. Often, the player himself??"citing personal toughness and stamina??"would volunteer to go back in.

Plaintiffs, through their brain injury lawyer, claim they were not made aware of the dangers of such a practice. The NFL, they claim, was aware of the risks but undertook too few, if any measures to properly address concussions.

More BRAIN INJURY News
Repeated concussions can lead to physical trauma such as brain swelling, together with emotional issues and behavioral changes. There have been several incidents of suicide, with at least two players??"aware of the potential cause of their dire health problems??"taking care to avoid any head trauma in taking their own lives, leaving behind instructions to have their brains studied for concussion-induced brain trauma.

"A party cannot shirk its own duty by pointing to the duties of others," the players brief continued. "The NFL deceived club doctors (as well as players) by insisting repeatedly that head trauma carried little long-term risk for football players."

The Star-Ledger reports that in excess of 3,500 former players have filed a brain injury lawsuit against the NFL. Counting their spouses and family members, the number of plaintiffs swell to about 5,000.