A homeless man who is a Vietnam vet and discharged honorably from the US Army has launched a brain injury lawsuit against an Erie Country Prison corrections officer. The allegation is that an unprovoked assault by the defendant left the plaintiff with a brain injury. 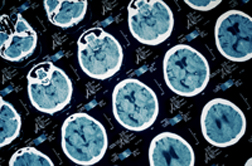 Since his discharge from the Army after serving his country, the Erie Times-News (2/16/13) reports that Jerome McCallion had fallen on hard times. The Vietnam vet was serving a sentence for a 2010 harassment conviction together with a 2010 probation revocation on a charge of reckless endangerment. There were no details pertaining to the specifics of the charges. However, at the time of the alleged assault, McCallion was housed in the restrictive housing unit of the Erie Country Prison, according to Court records.

The brain injury lawsuit claims the assault occurred on May 12, 2011, after McCallion was summoned by the defendant for a shower. McCallion claims he mistakenly thought he was going out into the yard instead, and turned toward the yard in error. Once the defendant informed the plaintiff that he was to report for a shower instead, the lawsuit claims the alleged assault took place when McCallion turned away from the yard and toward the direction of the showers, as instructed.

According to the report, the assault took place at the top of a stairwell when the defendant allegedly grabbed the plaintiff’s handcuffed wrists with one hand and, placing his other on the back of the plaintiff’s head, forcibly slammed McCallion into the wall, where he blacked out.

Six days after the injury, McCallion was compelled to undergo emergency surgery to ease brain swelling and to attempt to repair the brain injury.

According to the report, McCallion’s troubles were not over. The plaintiff in the brain injury lawsuit required a second surgery on May 23, 2011, and following discharge, reportedly continues to suffer from seizures and speech impairment stemming from the traumatic brain injury.

According to the report, the plaintiff was paroled September 1, 2011, but remains homeless and continues to suffer from various neurological and visual defects originating, it is alleged, from the brain injury accident.

The plaintiff filed his lawsuit with the help of a brain injury lawyer, presumably working pro bono, and submitted as a civil rights complaint in US District Court in Erie, Pennsylvania, under the 8th Amendment, which bars cruel and unusual punishment.