The repercussions of the massive Gulf of Mexico oil spill on those who worked on the Deepwater Horizon oil rig and those who live on the Gulf of Mexico have been well-documented. One group that has gone largely unnoticed, however, are BP employees who participate in BP's savings and 401(k) plans. Their plans' assets have lost approximately $1 billion this year on investments in BP stock. Attorneys are now investigating a potential lawsuit against BP. 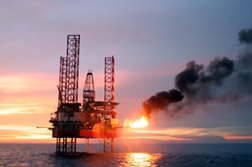 "The BP 401(k) plan had approximately $2 billion at the end of 2008," says Greg Porter, partner at Bailey & Glasser LLP. "It was probably more than that at the end of 2009. Since the Deepwater Horizon rig exploded, the stock price has dropped by half. So the 401(k) plan has lost approximately $1 billion over the past few months. That has a direct impact on employees with accounts in BP's 401(k) plan, especially those who are close to or in retirement."


"BP has a long track record of putting profits ahead of safety and the environment… Some catastrophic event like the explosion in the Gulf was bound to happen"
The fiduciaries for the plans, the members of the Savings Plan Investment Oversight Committee, have a duty to make prudent plan investments. Failure to do so would be a breach of fiduciary duty.

"The fiduciaries failed to make a prudent investment in BP stock," Porter says. "They either knew or should have known about deficiencies in the company's safety and environmental controls. BP has a long track record of putting profits ahead of safety and the environment. It repeatedly cut corners to save money. Eventually, some catastrophic event like the explosion in the Gulf was bound to happen. These practices yielded short-term benefits, but at great long term cost. The practices put unreasonable and excessive risk on the retirement plan's investments."

Anyone who is a current participant in BP's 401(k) plans could potentially be part of an ERISA lawsuit against BP.

Under the Employee Retirement Income Security Act (ERISA), fiduciaries have a responsibility to make decisions that are in the best interests of plan participants, even if this means not investing the plan's assets in company stock.

Porter's firm seeks to speak with BP employees who are participants in the company's 401(k) plan.

Bailey & Glasser LLP has litigated many ERISA class actions and complex lawsuits. Most recently, the firm was appointed lead counsel in an ERISA lawsuit against Wells Fargo & Co. and the firm was appointed to the leadership committee of plaintiffs' counsel suing Toyota over sudden acceleration problems. Bailey & Glasser attorneys have recovered tens of millions of dollars on behalf of class action clients.