More BP ERISA PLAN News
The man who has been widely criticized for his handling of the Gulf of Mexico oil spill, Tony Hayward, will reportedly receive a BP pension worth $930,000 annually when he steps down as the oil company's chief executive. 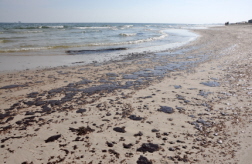 BBC business editor Robert Peston said that such a pension was "bound to be hugely controversial." In addition, Hayward will get a year's salary plus benefits worth more than $1 million, according to the BBC.

Hayward was able to retain the pension because he was leaving the company by mutual agreement rather than being fired, and BP wanted to honor its contract.

The spill impacted more than those in the Gulf area - it also hurt the pension plans of many BP employees, as part of the plan was invested in the company's stock, which has been down since the oil spill began.

If you or a loved one have suffered losses in this case, please click the link below and your complaint will be sent to a financial lawyer who may evaluate your BP ERISA Plan claim at no cost or obligation.
Request Legal Help Now