In the wake of the disastrous BP oil spill, regulators are considering changing the rights of family members whose loved ones die at sea. Although the focus of the media is on the Gulf of Mexico oil spill, the families of the men missing and presumed dead following the explosion of the oil rig have filed lawsuits alleging negligence on the part of BP. Meanwhile, the oil pollution from the spill has already had a devastating impact on the environment. 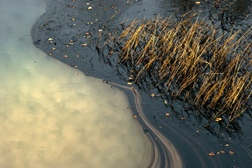 At a Senate hearing into the BP incident, senators heard from Chris Jones, whose brother was one of the 11 who died in the explosion. According to CBS News on 6/08/10, Jones said that BP had had no contact with the family since the explosion and did not reach out to offer condolences.

Since 1920, maritime laws have prevented the families of those who die at sea from collecting punitive damages and non-economic damages. Currently, all that these families can collect are economic damages such as lost wages.

In the event of a car accident, in contrast, families can sue for non-economic damages such as loss of companionship.

Furthermore, there are limits on the punitive damages BP would have to pay to those who file lawsuits. Removing the cap on punitive damages in such cases would not only provide more compensation to people affected by the oil spill, it could also prevent future accidents.

More BP OIL SPILL News
An article co-published by ProPublica and the Washington Post on 6/07/10 alleges that BP faced internal investigations over allegations that the company "repeatedly disregarded safety and environmental rules and risked a serious accident if it did not change its ways." These safety violations reportedly included using aging equipment, harassing employees who reported problems, neglecting equipment needed for emergency shutdown, and delaying inspections.

Problems existed at all BP US refineries, a report stated. Previous problems with BP refineries include a March 2006 leak that spilled 200,000 gallons of oil in Alaska and a 2005 explosion at the Texas City refinery that killed 15 people.

While workers do their best to clean up the oil spill, the impact on the environment has already been felt. Along the Gulf of Mexico birds and sea life are dying. Lawsuits have been filed against BP, Transocean and Halliburton by the families of the men who died, alleging the companies were negligent in allowing the explosion and deaths to occur.