The iconic consumer magazine, Consumer Reports has long been known for compiling the best buys in terms of electronics, automotives and other consumer goods. Lately Consumers Union, which publishes the bastion of consumer advocacy, has been setting its sights on pharmaceutical drugs and medical products. And Consumer Reports has let it be known that it's not happy with bisphosphonate side effects. 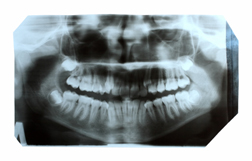 Pharmaceuticals containing bisphosphonates??"referenced by some as bisphosphonate drugs??"are prescribed primarily to combat the effects of bone density loss due to the aging process in post-menopausal women.

The problem, according to various reports, is that osteoporotic medication containing bisphosphonates have a long half-life, remaining in the body and active for an extended period of time measured in years, and often after the medication has been stopped.

This concern is amplified over the potential for bisphosphonates to trigger rare fractures of the femur, as well as osteonecrosis of the jaw, a grievous condition known as dead jaw, or ONJ. Various bisphosphonates lawsuits have alleged the medication has been more trouble than it's worth.

Various doctors have advocated for a holiday from bisphosphonates after five years of continuous use??"a policy supported by the US Food and Drug Administration (FDA). To that end, the FDA is recommending a limit of continuous bisphosphonate use for no longer than three years at the earliest and five years at the latest, at least until more conclusive data is available.

Consumer Reports has weighed in through a question to its consumer column, 'Ask the Pharmacist.' (9/28/12). The magazine advises women with low bone density but without an actual diagnosis for osteoporosis to seriously reconsider the use of bisphosphonates unless absolutely necessary.

The benefits of bisphosphonate drugs, Consumer Reports says, do not appear to outweigh the risks of sudden fractures of the femur or that of ONJ, or 'so-called 'dead jaw.'

More BISPHOSPHONATES News
Jawbone death and decay is what happened to Barbara Davids. She filed a bisphosphonate lawsuit in 2006 and was awarded $10.5 million by a federal jury in New York last month. Prescribed Zometa by her doctor following cancer treatment, Davids took the bisphosphonate drug on 16 occasions between one and two years before her teeth began falling out and pieces of dead bone began ejecting from her jaw.

According to Lawyers Weekly USA (11/21/12), it is not known if the manufacturer of Zometa, Novartis Pharmaceuticals, is planning to appeal.

Bisphosphonates fractures can be alarming because they can occur with little warning, and stem from as simple an action as taking a step, according to reports.