Although much focus on bisphosphonate side effects has been on Fosamax, bisphosphonate lawsuits have been filed regarding other medications, including Zometa. One such bisphosphonate osteonecrosis lawsuit recently resulted in an award for the plaintiff, according to reports. 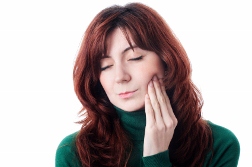 The bisphosphonate in question is Zometa, a cancer medication used to treat hypercalcemia of malignancy. It is also used to delay bone complications due to multiple myeloma. According to Bloomberg, Barbara Davids filed a lawsuit against Novartis, maker of Zometa, alleging she developed osteonecrosis of the jaw (jawbone death) from her use of Zometa, which she was given for breast cancer.

As part of the lawsuit, Davids' attorneys reportedly showed a 2003 Novartis internal email discussing a link between Zometa and jawbone problems. The jury sided with Davids and awarded her $450,000 in compensatory damages and $10 million in punitive damages.

A spokesperson for Novartis said the company will examine its options.

In addition to concerns about jawbone death and atypical femur fractures, the FDA is investigating a potential link between the use of bisphosphonates at the development of esophageal cancer.

Despite potential links to osteonecrosis of the jaw and atypical femur fractures, the benefits of bisphosphonate medications outweigh the risks, the FDA says.

The Davids lawsuit is Davids v. Novartis, 2:06-cv-431, U.S. District Court, Eastern District of New York (Bloomberg notes that the award could not be confirmed in court).

Posted by
Christel Chang
on February 14, 2013
I have breastcancer and from may 2007 until june 2010 I was given zometa monthly. The doctor only told me to let her know if I get pain in the jaw amd also that we have to stop the zometa temporaly if I have invasive dentistry done which I did in december of 2010. By march 2011my upper gum opened up exposing the bone. I was diagmosed with osteonecrosis.