The Catch 22 Associated With Bisphosphonate Drugs

The Harvard name is synonymous with expert analysis and considered opinion on the latest data. That said, Harvard Women's Health Watch this past summer weighed in on bisphosphonates side effects, and in spite of compelling evidence that bisphosphonates work in lessening the effects of osteoporosis, the drug's rare capacity to actually foster fractures of the femur (thigh bone) and trigger osteonecrosis of the jaw continues to be a source of concern amongst patients and their doctors. 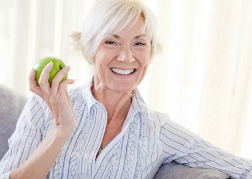 In its August issue, Harvard Women's Health Watch (8/1/12) upheld the prevailing wisdom that for women at low risk of osteoporosis, stopping treatment with bisphosphonate drugs after five years would be prudent.

There appears to be compelling reasons for this. While studies have found that bisphosphonates—a popular osteoporotic medication—can help stem the progression of osteoporosis and further degradation of brittle bones within the first five years, there is little evidence that bisphosphonates are effective beyond five years for patients with a low risk factor.

For its part the US Food and Drug Administration (FDA) undertook a review of three long-term studies and found that fracture rates amongst patients who remained on bisphosphonates for six years or longer were almost identical to study participants who switched to a placebo after five years.

Thus, for most patients the true benefits of bisphosphonate drugs wane after five years and leave them exposed to rare side effects such as femur fracture and osteonecrosis of the jaw (ONJ), a debilitating condition that results in a restriction of blood flow to the jaw and fosters a breakdown of jaw bone, causing sometimes horrific results for the affected patient.

The FDA published its findings in the New England Journal of Medicine (NEJM 5/9/12).

Dr. David Slovik, associate professor of medicine at Harvard Medical School, and an endocrinologist at Massachusetts General Hospital, stated in comments published in Harvard Women's Health Watch that for women at low risk for fracture due to osteoporosis, "five years [on bisphosphonate drugs] is probably enough.

"But those who are at high risk who have had fractures, or who have very low bone mineral density might need to continue [bisphosphonate] therapy."

Dr. Slovik stressed that the bisphosphonate issue cannot be confined to a narrow, universal recommendation—unlike some in the health care field who are promoting a treatment 'holiday' from bisphosphonates after five years in an effort to mitigate bisphosphonate side effects. The issue, rather, needs to be individualized based on a patient's unique risks.

More BISPHOSPHONATES News
Still, while most side effects of bisphosphonate drugs are considered mild and treatable (such as heartburn), the seriousness of the admittedly more rare side effects such as bisphosphonate osteonecrosis (or dead jaw) and esophageal cancer become a greater concern the longer a patient stays on bisphosphonates.

For patients who are prone to fractures due to advanced osteoporosis, the situation becomes somewhat of a Catch 22: bisphosphonates are employed long-term to avoid fractures, which at the same time long-tern use can heighten the risk for unusual fractures of the thigh bone.

Such a contradiction, together with allegations that plaintiffs on long-term bisphosphonate therapy have had no knowledge of the potential for serious risk, can often foster bisphosphonates lawsuits.