Revenues Drop While Lawsuits Rise over Benicar for Daiichi Sankyo

This could evolve to a compelling year for Japanese-based pharmaceutical giant Daiichi Sankyo following the expiry of its patent exclusivity for Benicar last year and a corresponding drop in revenue for a product characterized as its global mainstay. As generics for olmesartan (Benicar) continue to gain market share in 2017, coupled with a growing number of Benicar lawsuits which number around 1,700 and climbing, industry watchers will be monitoring Daiichi in the coming months and years to see how the corporation responds, and what effect that may have on consumers. 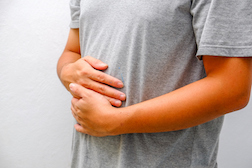 At the end of January, Daiichi released a summary of its performance for the first three quarters for its fiscal year. Combined Q1 through Q3 revenue was down 3.2 percent compared with the same period a year earlier. The report also revealed that sales of Benicar were down a significant 21.6 percent in the nine-month period ending December 31. Given the characterization that Benicar is Daiichi’s global mainstay product, such a drop in nine months paints a troubling picture going forward as the Japanese pharmaceutical attempts to replace that revenue.

Plaintiffs in hundreds of Benicar lawsuits, however have no sympathy for the defendants (Benicar is marketed in the US by Forest Laboratories). While Benicar has proven effective in treating high blood pressure (hypertension), Benicar side effects can be grievous and one in particular – sprue-like enteropathy – can lead to serious health issues.

Sprue-like enteropathy is a gastro-intestinal condition that results in Benicar illness and weight loss. Chronic diarrhea has been found to not only shackle the lives and livelihoods of patients due to the need to be constantly within easy reach of facilities, the accompanying dehydration can, and has landed patients in hospital.

More BENICAR News
The US Food and Drug Administration (FDA), the federal agency responsible for approving and regulating medical devices and pharmaceuticals, issued a warning in 2013 pertaining to what the agency described as “clear evidence” that Benicar olmesartan could be associated with sprue-like enteropathy. However the warning came 11 years after Benicar was introduced to the market in 2002. Plaintiffs claim that neither they – nor their doctors – were aware of the potential association.

What’s more, the propensity for sprue-like enteropathy to mimic celiac disease resulted in much confusion, with patients unaware that their gastro-intestinal troubles – often misdiagnosed as celiac disease – was in actual fact (or so alleged) caused by their high-blood pressure medication.

Olmesartan (Benicar) is in a class of drugs known as angiotensin II receptor blockers (ARB). According to the FDA, only olmesartan is associated with sprue-like enteropathy and is unique when compared with other drugs in the ARB class which don’t appear to exhibit such symptoms. Benicar lawsuits are consolidated in multidistrict litigation before US District Judge Robert B. Kugler in MDL 2606 at US District Court for the District of New Jersey.