The very latest intel on Benicar Lawsuits according to the most recent filing by Allergan plc and Warner Chilcott Ltd. puts the number of Benicar side effects cases at 1,239. This, according to their Form 10-K filing with the US Securities and Exchange Commission for the fiscal period ending December 31, 2015. 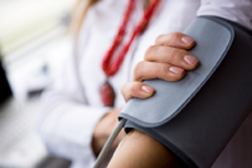 The filing was submitted in February.

The number of Benicar defective products lawsuits is up only slightly over the number reflected in their previous filing. But they are up, an indication that lawsuits continue to trend upwards. There is no sign that plaintiffs are prepared to drop cases, such is the suffering allegedly associated with the blood pressure medication.

Benicar (olmesartan) is routinely prescribed to rein in high blood pressure, a common problem amongst middle-aged and older Americans following a lifetime of poor dietary and exercise habits. Many are predisposed genetically to hypertension (high blood pressure). And while Benicar remains effective in treating hypertension, the Benicar side effects can leave many patients reeling.

The worst is known as sprue-like enteropathy, a gastrointestinal condition characterized by weight loss and severe diarrhea that could last for months. Older patients can become so dehydrated, that Benicar Illness and Weight Loss lands them in the hospital.

Sprue-like enteropathy can be extremely painful.

For its part, the US Food and Drug Administration (FDA) maintains that the benefits of Benicar continue to outweigh the risks for the intended constituency of patients battling high blood pressure. According to US Official News (4/7/16), the federal regulator reviewed results from both the ROADMAP and ORIENT clinical trials and continues to support Benicar. The FDA did make it clear that Benicar was not recommended as a treatment to delay or prevent protein in the urine (microalbuminuria) in patients suffering from diabetes.

No matter: doctors have always possessed the legal, moral and medical authority to prescribe medications for indications not necessarily endorsed by the FDA.

The US Official News report indicated that Benicar manufacturer Daiichi Sankyo has agreed to work in concert with the FDA to perform additional studies, together with the undertaking of additional analysis of completed clinical studies and trials in order to continue an assessment of the cardiovascular risks or benefits of Benicar in various clinical settings.

More BENICAR News
Allergan plc is the heir to Forest Laboratories, which had a co-agreement for promotion and marketing of Benicar with Daiichi Sankyo. That same agreement holds that Daiichi is the defending party in lawsuits, which at the end of the 2015 fiscal year stood at 1,239 cases.

Meanwhile, the FDA’s apparent support of Benicar and the regulator’s continued involvement in analyzing the pros and cons of olmesartan proves little comfort for the hundreds of Benicar patients having been negatively impacted by the often-debilitating symptoms associated with sprue-like enteropathy. Chronic diarrhea and the accompanying dehydration can result in hospitalization, or leave a patient so racked with diarrhea that spending any time too far from a washroom proves unwise, and unrealistic.

Benicar is in a class of drugs known as angiotensin II receptor blockers (ARB). It remains interesting to note that according to the FDA, sprue-like enteropathy has not been linked with other ARB medications, and thus is unique to Benicar.