Proponents of Benicar lawsuits wonder about the time lag between the approval of a pharmaceutical drug and official warnings about potentially serious side effects. To that end, the US Food and Drug Administration (FDA) approved Benicar as a viable and safe drug to treat the effects of high blood pressure in April 2002. It wasn’t until July 2013 that the FDA came back with an official Safety Announcement over the potential for sprue-like enteropathy. 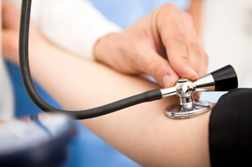 The latter is a severe gastrointestinal issue characterized by chronic diarrhea, nausea, vomiting, severe weight loss, fluid loss and malnutrition. Such symptoms can carry dire consequences for seniors, many of whom are hospitalized when such severe symptoms occur.

Given the number of Benicar lawsuits now in multidistrict litigation since the FDA’s 2013 warning (approaching a thousand cases and climbing), it can be assumed that such severe gastrointestinal issues were likely blamed on some other source. Thus, when Benicar patients experiencing severe gastrointestinal symptoms or diagnosed with sprue-like enteropathy were made aware of the FDA warning, suddenly the potential link between their medication and their suffering was established.

Plaintiffs wonder how this potential for such severe gastrointestinal suffering was either missed or ignored prior to approval of Benicar in 2002.

With an aging population, high blood pressure is a common and increasing health malady. Benicar has been shown to do a good job in reining in high blood pressure to more reasonable levels. Plaintiffs suffering Benicar Illness and Weight Loss are alleging that studies into Benicar side effects that suggested the potential for sprue-like enteropathy were “submitted on a delayed basis to the FDA,” according to court documents.

More BENICAR News
Plaintiffs in Benicar lawsuits - numbering 915 in multidistrict litigation as of July - allege that Benicar manufacturer Daiichi Sankyo released a product into the marketplace that was unreasonably dangerous, and further accuse the manufacturer of negligence and misleading marketing. Plaintiffs assert product labels were insufficient in warning patients about the potential for sprue-like enteropathy.