When Cathy, age 77, obtained her medical records from hospital after having a hysterectomy and an Avaulta transvaginal mesh implant for pelvic organ prolapse (POP), someone in administration told her that they get lots of requests from women who have had the transvaginal mesh procedure. 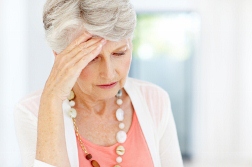 “I didn’t want to have the surgery but I was in such a mess with my bladder that I told my doctor to go ahead—at my age I figured what the heck,” says Cathy (not her real name). “I haven’t had any major problems like other women I’ve heard about and sex isn’t an issue anymore. And I’m not trying to make something out of nothing, but I keep having urinary tract infections and I am concerned about the mesh. As well, I want to take this opportunity to caution anyone thinking about getting an Avaulta mesh implant—or any other synthetic mesh.”

Cathy says she had two mesh implants for a ruptured appendix about 25 years ago. She has had trouble with them ever since. “I have quite a bit of pain—it comes and goes-- around my navel and my right side—that is the area where the mesh is from the incision years ago,” says Cathy.

Two weeks ago she had another urinary tract infection and there are other complications with this Avaulta TVT sling. “I am sore and bloated and I compare it to the mesh put in for my appendix—it just hurts,” she adds.

“I even think I was better off before getting this Avaulta sling thing. Now I have to wear panty liners all the time. In one way I am better because before I had this mesh, I simply couldn’t go—part of my bladder and vagina were hanging down. My doctor said that I didn’t need to put up with this mess and he could help me.”

More BARD AVAULTA TVM News
"My pain endurance is pretty high and I don’t want to sound like a martyr but I had a nasty time with that first mesh years ago and got a lot of scar tissue. I think that is happening again with this TVT. My surgeon said I grow scar tissue quickly and that isn’t a good think with a hernia.

"I called a law firm and they advised me to get my medical records if I want to file an Avaulta mesh lawsuit. My records state that the surgeon used Avaulta mesh—that is the first time I heard about this manufacturer. What gets me riled is how the American Medical Association and the FDA could allow this transvaginal mesh on the market—they should be sued along with Avaulta and other mesh makers. This mesh is just bad.

"And why can’t these companies own up to their colossal mistake? It all boils down to profits.”