Mike Nifong, former prosecutor for Durham, NC, provided details on February 8, 2008 in regards to his $180 million bankruptcy filing. The details involved information regarding his assets, property, and that his mother removed him from her will due to lawsuits filed against him in his prosecution of three Duke University lacrosse players who were accused of rape and later found innocent.

As for his mother's will, Durham states that he requested to be removed from her will and that he would not receive an inheritance because of it. Nifong also made mention of land that his wife owns, a Honda Accord that is not in his name, and states that he has guitar equipment with a value of approximtely $5,000.

Most of the $180 in liabilities that Nifong is filing bankruptcy on is based on the damages that he is estimated to pay in a lawsuit filed by the lacrosse players who were falsely accused of rape. If it is determined by the judge in the bankruptcy proceedings that Nifong injured the players maliciously and willfully, then Nifong will not be protected under the rules of bankruptcy that could offer him protection from civil litigation. 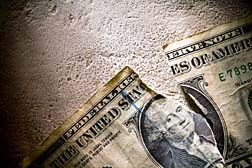 As of Nifong's bankruptcy hearing on Friday, no decision had been made and the attorneys for Nifong and Nifong himself declined to make any comments after the hearing.

Nifong's Friday hearing consisted of creditors asking him various questions regarding his filing such as the possibility that Nifong left out any assets in his listing. The creditors must now determine whether or not to contest Nifong's bankruptcy filing, which means there will be more future hearings.

Nifong, police investigators, the City of Durham, and various others have been accused in a lawsuit of conducting what is considered to be premeditated prosecutorial, police, and scientific misconduct that could be considered the most chilling in modern American History. Nifong was asked during the hearing if he agreed or disagreed with the lawsuit's accusations and Nifong simply stated that the accusations are disputed.

In January, Nifong was removed by a judge as a defendant in the lawsuit filed by the players, but stated that Nifong could later be added to the lawsuit again depending on the results of his bankruptcy filing.

Indictments were won by Nifong after a stripper who was hired in March 2006 to perform at a party, thrown by the lacrosse team, made accusations against three of the players that they raped her. However, the story unraveled because the accuser's details kept changing and she had no evidence to support her accusations.

More News
Prosecutors of the state later took the case over and dropped the charges filed against Reade Seligmann, Evans and Finnerty for rape of the woman. The Attorney General, Roy Copper, took the case a step further by stating the players were innocent and was victims of Nifong and his rush to accuse the players of the non-existent crime. Due to Nifong's handling of the case, he was later disbarred and was ordered to spend a night in jail for lying to a judge.

In Nifong's bankruptcy filing, he lists $30 million in liabilities for all three of the cleared players as potential damages that may be acquired due to their lawsuit. Another $90 million in liabilities is listed due to a second lawsuit that has been filed by three other players not charged, but they do allege that Nifong's actions resulted in emotional distress. He also lists 30 other lacrosse players as creditors and that they are all owed at least $1. The California State Bar was listed as being owed $8,3971 as well as 70 other people.