If Chrysler hasn't already had its fair share of trouble, Plastech Engineered Products, Inc., a plastics supplier for Chrysler, has filed for bankruptcy protection. This has Chrysler hurriedly securing their inventory of plastic parts used in a number of vehicles including the Chrysler 300.

The Friday bankruptcy filing follows Plastech's failure to negotiate what is called a "bailout package" with those in which they do business. The Dearborn-based business agreed to continue supplying Chrysler with necessary plastic parts until Monday February 4th. After that, there are no more shipments from Plastech to Chrysler, which has Chrysler working to maintain their inventory of plastic parts. 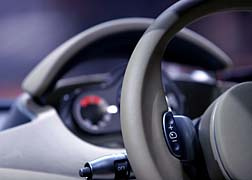 Chrysler is the 4th largest customer of Plastech Engineered Products Inc and it appears that Plastech has fallen victim to some of the same circumstances that has pushed other auto suppliers to file bankruptcy. Plastech manufactures injection-molded plastic components for the interior of vehicles and these parts use oil-based resins that are rising in price. This fact makes it difficult for Plastech to pass the increased cost down to their customers when their customers are facing challenges of their own in regards to decreased demand. The high cost of raw materials and even other elements such as healthcare has reduced the demand for plastic parts by the automakers because of the decreased auto production resulting from a decline in the customer demand for new vehicles.

This trickledown effect has forced Plastech, the largest minority-owned supplier of auto parts, to file Chapter 11 bankruptcy. The CEO and founder, Julie N. Brown, owns almost 100% of Plastech and the company has around 4,800 employees in 40 factories around the United States. As of 2006, the company had 1.1 billion in revenues. However, the company now sits with over $100 million in liabilities even after a $46 million bailout by Ford Motor Co., General Motors Corp., Chrysler, and Johnson Controls inc. early last year. Other creditors of Plastech are BASF Corp. and Dow chemical.

As far as this latest blow to Chrysler resulting in the closure of plants, spokeswoman Michelle Tinson stated that there is a potential for plant closings, but Plastech's bankruptcy has not resulted in any immediate closings. However, Tinson has also stated that there could be a negative impact on a number of plants. Large customers such as Chrysler depend on low-priced contracts in order to not pass the cost down to their own customers in an already struggling market.

More News
Unfortunately, Chrysler and the other companies who bailed Plastech out of $46 million in debt in 2007 now faces the risk that other suppliers may ask for the same treatment in times of struggle. They may ask for financial assistance or ask for more money from the automakers in order to resolve their own debt. At this time, there are already around eight suppliers based in the Detroit area who have filed Chapter 11 bankruptcy, which gives these companies the opportunity to reorganize itself while still commencing operations.

However, it is said that Chrysler was to cancel their contract with Plastech and that they gave Plastech notice a month before the bankruptcy filing. However, Chrysler has not yet secured another supplier and is therefore scurrying around to make sure that their inventory of plastic parts is in check. Chrysler also has to find another supplier in the midst of existing products, which can be quite expensive for the automaker. In the end, Plastech will more or less reorganize themselves to offer higher prices in order to keep their operations going full speed and avoid the bankruptcy scenario again. These actions make keeping the prices low difficult for the automakers, which in the end has an effect on the overall economy.

Posted by
Pang-Fu Hsu
on June 27, 2016
We have a breach of contract agreement in your jurisdiction and would like retain your service please advise if you are interest so

Looking forward to hearing from you.