“More than 100,000 knee and hip replacements are performed in Canada each year, and in all likelihood most of those surgeries use a Bair Hugger Warming Blanket,” says Canadian attorney Matthew Baer with McKenzie Lake Lawyers in Ontario. 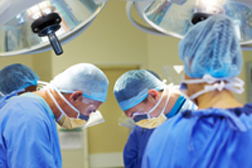 Chances are the use of these warming blankets will increase with hip and knee replacements (11 percent and 15 percent, respectively, between 2010-2011), and by all accounts will keep on increasing as baby boomers become seniors.

One Canadian newspaper blamed the amount of traffic in the operating room during knee or hip surgery - how many times the door opens and closes - for the rise in serious and often life-threatening bacterial infections such as MRSA. The National Post (Sept. 2015) reported that research reveals “an alarmingly high rate of human rush-hour-like traffic in operating rooms, possibly exposing patients to potentially “disastrous” bacterial infections with every swing of a door.” An average of 71 door openings per surgery were counted. Given the average surgery taking 112 minutes, a door opened every 90 seconds.

While door openings disrupt the laminar air flow and increase the bacterial count in the operating room, forced-air warming devices have also been linked to serious infections in patients undergoing joint replacement surgery. Many Bair Hugger lawsuits in the United States have been filed against Arizant Healthcare, a subsidiary of 3M, on behalf of patients who allege they developed serious infections after undergoing joint replacement surgery as a result of the Forced Air Warming (FAW) system.

The cost of infection

The Canadian Journal of Surgery (Aug. 2015) describes infection following total joint arthroplasty (TJA) a “disastrous complication for both the patient and surgeon.” As for expense, the total cost for a prosthetic joint infection (PJI) is about $50,000-$60,000 per case. Revision following PJI is 2.8 times more expensive than revision for loosening and 4.8 times more expensive than primary TJA.

In the journal Anaesthesia (Apr. 2014), the Association of Anaesthetists of Great Britain and Ireland wrote the following:

More BAIR HUGGER News
”Evidence suggests that forced-air warmers may also harbour microbial pathogens that have the potential to be emitted into the operating theatre environment via the air warmer hose [77-79]. However, the correct use of microbial filters and the recommended perforated blankets has been shown to prevent their transmission [77]. Moreover, analysis of theatre air samples in positive pressure theatres has shown a significant decrease in bacterial counts when forced-air warming was used correctly [80].”

It is estimated that the Bair Hugger system is in use in 80 percent of US hospitals and has been used more than 160 million times. While studies such as the aforementioned from Anaesthesia can be viewed as inconclusive, given the study suggests that FAW systems may harbor microbial pathogens, there may be cause for concern--especially given the widespread use of these systems.
READ ABOUT BAIR HUGGER LAWSUITS