Inventor of Bair Hugger “On a Mission” to Warn Public

No doubt, the Bair Hugger warming blanket has made a valuable contribution to medicine. It is standard equipment in almost every operating room in the United States. An electric heater blows warm air through tubes in a disposable blanket draped over the patient during surgery. It prevents patients from slipping into a hypothermic state. 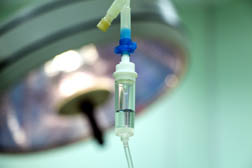 The problem is that when the Bair Hugger Forced Air Warming (FAW) Blanket is used during surgeries involving orthopedic implants such as hip or knee surgery, critics say the system can actually cause deep joint infections, more properly described as “periprosthetic infections.”

Perhaps the biggest critic of the Bair Hugger FAW Blanket is Scott Augustine, MD, the doctor who invented it some 25 years ago.

“I am not proud of this because I am the inventor,” says Dr. Augustine. “But, the 3M Company, which currently owns the Bair Hugger product, refuses to tell the people that the product has a problem. Better yet, 3M should take this product off the market. In the meantime, I am on a mission to tell the world about this problem.”

“It actually heats the contaminated air down by the floor and causes bacteria to rise, bringing those contaminants up and puts them into the sterile field,” says Dr. Augustine.

Implants must be kept absolutely sterile and bacteria free during surgery. Just “one germ” on a knee replacement or hip implant can become a patient’s worst nightmare.

“With implant surgery, a biofilm develops around that bacteria and becomes indestructible. You have to remove the artificial joint and start over,” says Dr. Augustine.

“There is good orthopedic research that shows none of these patients ever get back to normal,” says Dr. Augustine. “They are all permanently disabled. Twelve percent describe their post-survival life as worse than death. I have no idea what worse than death is like but it doesn’t sound good to me. These are really, really serious injuries,” he says.

More BAIR HUGGER News
There is no suggestion that the Bair Hugger is inappropriate for soft tissue surgeries such as breast surgeries, colon surgeries, gallbladder surgeries, etc. The problem is with orthopedic implant surgeries that require absolutely sterile conditions.

There are now some 170 civil suits filed against The 3M Company related to periprosthetic infections in patients. Those suits are now consolidated in an MDL in Minnesota.

The 3M Company and Arizant Healthcare deny there is a problem with the Bair Hugger system and are vigorously fighting the claims.

Posted by
Tim H
on February 29, 2016
Thanks for sharing this helpful information.