While attorneys predict the number of Bair Hugger lawsuits will rise, 3M says there is no evidence that its warming blanket increases the possibility of infection. But plaintiffs claim the warming blanket blows more than hot air. 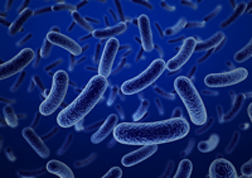 Patients who are allegedly most at risk are those undergoing knee and hip replacements. Robert almost lost his leg due to infection, and his infectious disease doctor said that “something had to attach itself to the prosthesis or area during surgery.” It could have been worse. One knee replacement patient who recently filed a Bair Hugger lawsuit alleges he had his leg amputated after it became infected with Methicillin-resistant Staphylococcus aureus. An artificial hip patient underwent 15 additional surgeries after contracting a surgical site infection.

As of November 2015, more than 50 orthopedic patients claimed that the Bair Hugger caused severe, deep-joint infection. Attorneys expect that number will rise exponentially as patients learn about the alleged risk of the warming blanket used during surgery causing contamination. Two Bair Hugger cases have been pending since 2013 and 2014, but most lawsuits have been filed in the past six months.

Multidistrict legislation, which was established last year in the US District Court, District of Minnesota for federally filed Bair Hugger lawsuits, is moving forward. As of February, about 70 lawsuits are involved in the MDL. A motion filed by Meshbesher & Spence last August to coordinate the Bair Hugger litigation into an MDL said that scientific literature “in reputable places” has found that the Bair Hugger device resulted in a “disproportionate rate of deep joint infection,” according to Class Action Reporter. “While a slight risk of infection might be expected, a substantial increase in the rate of infection because of the use of this device is not something any of these patients would have consented to or agreed to if they knew there was an alternative.”

“In contrast to the typical medical device mass tort litigation
initiated by outside events - such as FDA action or the discovery
of new risks published in independent, peer-reviewed studies -
these cases present the unprecedented circumstance of product
liability litigation concocted by lawyers and based on the false
and misleading claims of the inventor of the device and now
competitor.”

A 3M spokeswoman contended that 3M’s warming products have been used over 25 years by more than 200 million patients without “a single confirmed incident of infection caused by the Bair Hugger system.” Robert and hundreds of knee and hip replacement patients disagree...
READ ABOUT BAIR HUGGER LAWSUITS

Posted by
Paul Cox
on January 7, 2017
Let's be clear. If it turns out that the Bair Hugger was used on me, there will be proof enough that it causes dangerous and life-threatening infections. It stirs infectious materials from the non-sterile area into the surgical sterile area and can infect a patient. I have proof, and so does the CDC.
I was infected, not by a surgical procedure, not by my surgeon, and not by any normal, acceptable, operating procedure that was initiated by doctors, nurses, and other professional staff.
The CDC was called in within a week of my surgery. Cultures were taken several times per day in the beginning. They verified that there was an infection.
That was following an incident of infection symptoms including 220 over 180 BP and fevers of 105. The nurses and trainees (about 14) came in the room to watch me die. As my body shook from the chills, at 105 or more, and my freshly sewn chest rapidly pounded at about 185 bpm at an intensity of 240/180, my wife calmly rubbed my feet and assured me that everything would be okay.
I looked around the room and saw nurses in awe, some with their jaws agape, while one male nurse tried to comfort me as if I was having an anxiety attack, saying the doctor had done a very rude thing to my chest and it was okay to be upset.
That was laughable, my convulsions were not. When my wife's therapy finally took control, my mind and body calmed, and my life was spared. That was the beginning.
The infection caused continuous chills, fever, and yes, some anxiety I’m told. I was sent to a rehab hospital for several weeks before being released to a home care nurse who changed my I.V. often and took cultures for the CDC. In the meantime, I had a sterile picc line pumping of vancomycin and some other anti-biotics into my heart for approximately four months.
After concluding the infection was gone, even though they couldn’t identify it, and the bacteria levels proving there was an infection subsided, the home nurse pulled the 4 ft picc line from my arm. When she told me it had been in my heart, I knew something must be healing because I thanked her for not informing me that it was in my heart earlier or I would’ve pulled it out myself. In other words, my sense of humor was healing.
Since I spent so long recovering, I lost my business ($2 million), was debilitated, and couldn’t work. My neurologist said I had lost part of my mind (or memory :-), and I had a blood clot in my aorta the size of a quarter. My right side is numb, I learned what it’s like to live in a ‘right handed’ world, and have developed diabetes since having to succumb to bi-lateral femoral by-pass surgery to remove an aneurism in my right thigh. None of these things were present or detected prior to Bair Hugger infections.
Other experiences I survived during my recover will be told another day, including emergently returning to the hospital my second night home with violent chills, fever, etc. I may never divulge the humiliation, misery, pain, and suffering that took place during and following my recovery when the righteous IRS saw I made almost $14,000 the fifth year of my recovery. I was attempting to be a rehabilitated member of society by working as a substitute at the School District and they decided to come for my house, cars, and bank accounts in lieu of some 15-year-old tax bill of which I knew nothing about. Apparently they added it to my income even though it was an expense reimbursement.
3M, you should hope the Bair Hugger was not used on me.
Steps on my calendar for this year:
1. Letters to consumer protection agencies including FTC, CPA, etc.
2. Letters to legislative representatives, with special emphasis on upcoming politicians wanting to make a name for themselves.
3. Letters to judicial representatives
4. My story and others I have gathered goes to the media, starting with http://ddy.us only 28,000 media email addresses.
5. Ads and press releases in local media for all neighborhoods where your emloyees live, in and around your corporate and divisional offices. (Just so their neighbors know what kind of a company they work for.)
6. Notifications to the 3M executives’ families, churches, and local organizations, including graphically enhanced “wanted posters” in certain neighborhoods for all 3M executives.
7. Investigation requests for the SEC to pursue the rumors we’ve heard regarding insider trading, including the timing of defective product notifications and short sells.
8. The Attorneys’ General for all States, and equivalent entities of foreign governments.
9. The Trump administration, with emphasis on recognition for members or press who scoop the most 3M complaints.
10. Am I upset with 3M? No, but when the person responsible finally gives up, and takes themselves out of misery, it will not be over. I will go to their interment, lift the casket and spit in their face.
Or, maybe I will just forgive them. Did I mention that my father changed an amendment to the Constitution with the power of the pen? Perhaps I have too much time on my hands. Bad blanket, Bad Bair Hugger.