Almost 700 Bair Hugger lawsuits have been consolidated for pretrial proceedings, with plaintiffs alleging the medical blanket is linked to an increased risk of infections. The Bair Hugger blankets, which are designed to keep patients warm during orthopedic surgery and reduce the risk of infections while improving recovery times, may be linked to an increased risk of hospital-acquired infections, including MRSA and sepsis. 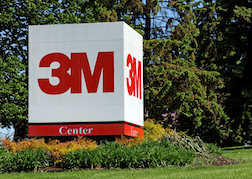 According to the Star Tribune (11/15/15), more than 200 million surgeries since 1987 have involved the use of Bair Hugger forced-air warming blankets. 3M, maker of the blankets, say lawsuits filed concerning the blankets have no merit and there are no studies that suggest the blankets are linked to an increased risk of infection. But a 2011 study published in the Bone and Joint Journal disputes that, and suggests a "significant" increased risk of deep-joint infection in patients who used the Bair Hugger when compared with a different heating unit.

Bair Hugger blankets use forced air to keep patients warm, but critics say the blankets actually circulate contaminated air, exposing the patient to those contaminants that can then become attached to a knee or hip implant. That's because, they argue, the medical device takes in air from the area surrounding the patient and that air might not be sterile. The air is then passed through an intake filter, through the machine, into an outlet and then exits the blanket through holes over the patient's skin.

More BAIR HUGGER News
"Scientific studies have shown that as this warmed air rises against the downward airflow in the operating room, it deposits bacteria from the non-sterile portions of the operating theater to the surgical site," court documents note. Furthermore, they allege that the Bair Hugger has an inadequate air filtration system and is difficult to clean, which allows some pathogens to colonize inside the device.

Plaintiffs allege the defendants knew about the risk of airborne contaminants linked to the use of Bair Hugger but continued to market the devices as safe for use in surgeries.

The multidistrict litigation is moving forward, with a September 9, 2016, order from the court that bellwether cases be selected on or before March 1, 2017, and the first bellwether trial beginning on November 6, 2017.