Floridians are fighting mad, and most Americans would agree with their reasoning for feeling outraged. Large insurance companies have allegedly requested that Florida residents willingly agree to an extended range of risk in policies provided to them. However, the same insurance companies that entreated its client base to acquiesce to this change have allegedly not decreased premiums as promised at a prior time.

The Office of Insurance Regulation in Florida is attempting to hold these policy providers to their word. dThey have made an assertive effort to call these companies to accountability. The Office of Insurance Regulation is attempting to orchestrate hearings to call these companies on the carpet for the alleged lies that have been fed to Floridians. 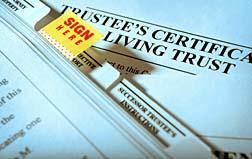 Avoidance at all costs allegedly seems to be the modus of operandi for many of these giants in the guarantor industry. Florida isn't the only state that has met with this response from insurance companies. Allstate has allegedly evaded relinquishing key information documented that would expose questionable practices and policies at the upper rungs of management. Since the early 1990's this behavior has been allegedly purported to have affected policyholders. A daily penalty of $25,000 was incurred by Allstate in Missouri instead of letting go of official paperwork requested that allegedly detailed strategies and desired outcomes of those strategies. State Farm in Michigan was allegedly penalized for having the inability to find documentation pertaining to the famous McKinsey case numbering over 2,000 pieces of paperwork. Other bad faith insurance cases have erupted in Utah and South Dakota allegedly involving both State Farm and Farmers Insurance. A $750,000 penalty was allegedly tacked onto both shareholders and Farmers Insurance alike for the incident in South Dakota.

More News
The insurance business overall allegedly appears to be at best ignoring government officials and policyholders. The lack of attention to furnishing necessary paperwork mandated in legitimate claims' cases seems at best a terse way of appearing to be above the law. This leaves policyholders, government officials, and even stockholders left holding the bag in such alleged incidences. It gums up the system when legitimate claims are placed for review. Empty promises to policyholders for lower rates for high risk insurance have been put off time and again. This alleged action has left policyholders feeling slighted and abandoned by the very protection they rely upon.

Unfortunately, reform for and industry rife with alleged misdeeds and mismanagement seems a virtual impossibility. A big reason for this is the special interest groups and lobbying committees that have just a handful of people in mind, and not the public at large. Change needs to affect the many and not just the few when it comes to fairness, honesty, and appropriate business practices on the part of the insurance companies. Grassroots efforts need to spring up to act on behalf of the American people. It's time for accountability to be synonymous with management in any company. This is especially true for people that use companies for their personal protection during life's uncertainties.

If you have been denied a legitimate insurance claim, please contact a lawyer involved in a possible [Bad Faith Insurance Lawsuit] to review your case at no cost or obligation.
Request Legal Help Now