Proton Beam Therapy lawsuits are being filed against insurance companies alleging they are acting in bad faith.

Proton beam radiation therapy (PBRT) is purportedly a safer and more effective cancer treatment than x-ray or photon-based treatments and less invasive than surgery, but some insurance companies deny coverage, which has led to bad faith insurance lawsuits. 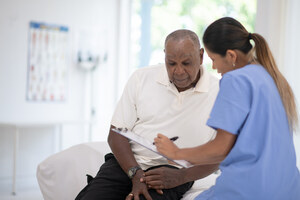 Despite doctors recommending proton therapy treatment to treat cancer, some insurers deny coverage based on this therapy being experimental or investigational, or not even necessary. Insurance denial has resulted in cancer patients refinancing their homes, taking out loans or settling for alternative cancer treatments that are insured but not as effective.

What is Proton Beam Therapy?

This precise form of radiation therapy is proven to have similar therapeutic benefits to photon-based radiation with fewer side effects for numerous types of cancers, including:

•    Head and neck cancers
•    Esophageal cancer
•    Prostate cancer
•    Many pediatric cancers (as children are more sensitive to radiation exposure than adults and must live with any side effects for a longer period of time).


A class action lawsuit filed in October 2020 by a Florida man accuses Aetna Life Insurance Co. of bad-faith insurance in its denial of coverage for proton beam radiation therapy. Scott Lake claims that he was wrongly denied coverage for proton beam therapy to treat his prostate cancer, despite oncologists’ recommendations. The lawsuit was filed in U.S. District Court Middle District of Florida, Tampa Division (Case No. 8:20-cv-030310). “The Nationwide Class includes both persons whose post-service claims for reimbursement were denied and persons whose pre-service requests for authorization were denied,” according to court documents.

Aetna's PBRT, last reviewed in October 2020, describes when the insurer considers the treatment medically necessary. On its website, Aetna has an exhaustive list of indications, including “proton beam radiotherapy (PBRT) experimental and investigational” for prostate cancer in adults over age 21 "because its effectiveness for these indications has not been established."  Yet it considers PBRT medically necessary for a number of certain tumors.

Aetna states that “medical necessity” is determined “based on the terms of the member’s benefit plan”. In other words, read the fine print first.


In April 2019 a personal injury attorney sued UnitedHealthcare for denying him proton beam radiation therapy for his prostate cancer. Like Aetna, UnitedHealthcare denied 71-year-old Richard Cole coverage based on PBRT being “experimental.  UnitedHealthcare told the Washington Post that the provider “bases its medical policies and coverage decisions — including for proton beam therapy — on the prevailing published clinical and scientific evidence. Judge Robert Scola had to recuse himself because Cole was a “very close friend of the Court”. In his order of recusal, Judge Scola said that:

“United Healthcare, refused to pay for the treatment. Fortunately, he had the resources to pay $150,000 for the treatment and only upon threat of litigation did United Healthcare agree to reimburse him. It is undisputed among legitimate medical experts that proton radiation therapy is not experimental and causes much less collateral damage than traditional radiation. To deny a patient this treatment… is immoral and barbaric.”

Scola further said that “top medical experts across the country” recommended the proton beam radiation therapy to him when he was diagnosed with prostate cancer in 2017, although he chose to have surgery.

Cole had to pay $85,000 out of pocket for the treatment, which is not feasible for many people. Scola told the newspaper that his friend paid $150,000 out of pocket to undergo the therapy at MD Anderson Cancer Center in Houston. “Only upon the threat of litigation did United Healthcare agree to reimburse him,” Scola said.

In 2020 alone, about 5,000 prostate cancer patients underwent the Proton Beam Therapy treatment. According to The Alliance for Proton Therapy Access (APTA), of 1,100 cancer patients provided by proton therapy centers across the U.S., nearly two-thirds (63 percent) of cancer patients aged 18 to 64 whose physicians recommend proton therapy as the best course of treatment for their disease are initially denied by their insurer. The report notes that patients and their physicians are sometimes successful in reversing the initial denial, but time spent waiting — and delaying treatment — averages nearly three weeks. In the end, proton therapy is denied more than four times out of 10 (42 percent) and it takes an average of more than five weeks to receive that final denial. That is too long for a cancer patient to wait.

More BAD FAITH INSURANCE News
Not all insurers are alike. For example, Medicare typically covers the therapy. The Alliance for Proton Therapy Access is launching a grassroots campaign called “Cancer Care Denied”, which will give physicians and patients more say in cancer care. Their goal is that insurance commissioners in all 50 states adopt and enforce principles of a Cancer Patients’ Timely Treatment Bill of Rights, which calls for:

Meanwhile, if an insurance company denies coverage, they may be acting in bad faith toward their policyholder. And more proton therapy insurance denial lawsuits are expected to be filed.