Anthem Refuses to Cover Emergency Room Care After the Fact

Insurance giant puts patient’s health at risk when patients foresee the potential for their ER insurance claims to be denied ex post facto.

Anthem Blue Cross Blue Shield denies emergency room coverage for patients whose symptoms later prove to have been non-life threatening. This has been a long-standing practice, but it is now official policy in six states. Are California patients protected under California insurance law? 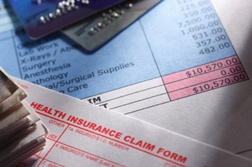 It’s not entirely clear, but the lawsuits are beginning to bubble and recent enforcement actions regarding grievance and appeal rights suggest a way forward. Patients who fight denials have a better chance to succeed. Sometimes, though, it takes multiple appeals. An administrative forum may make the process more available to patients.


Patients face a dangerous choice. No one wants to be wrong about whether those chest pains are serious. Heart failure is bad. But to err on the side of prudence is to end up with a very large bill for heartburn. When patients cannot pay, California public hospitals get stuck with the tab for uncompensated care. How does the ER doc, who may be an independent contractor with a giant educational debt of her own, get paid? And who gets rich?

In 2015 Anthem Blue Cross Blue Shield, the nation’s second largest health insurer, rolled out a policy of refusing to pay claims for enrollees who show up at the emergency room with what are later determined to be non-emergency symptoms. That policy, which first launched in Kentucky, has since been implemented in five other states — Georgia, Missouri, Indiana, New Hampshire, and Ohio. It is not clear whether Anthem will extend its policy to the eight other states, including California, where it also does business.

The official rollout may not matter, since Anthem, like many health insurers, has a longstanding practice of denying coverage for emergency room charges whenever possible. The tactic of reviewing emergency department visits after the fact goes back at least 25 years. Then, as now, patients sometimes defer lifesaving care for fear that their insurance would not pay. What’s different this time is that the practice is becoming officially codified.

Meanwhile, Anthem continues to report record earnings each quarter with most recent earning’s report from January 31, 2018 revealing 2017 full year revenue of $89.1 billion. There is no sign of premiums dropping.


It certainly seems like sharp practice, but is it against the law to second-guess patients’ reasons for a trip to the ER? Emergency room care is undeniably expensive and not the most efficient way to provide routine care or treat minor problems. Anthem’s policy and practice is reportedly intended to discourage emergency room visits for these reasons.

Under the Affordable Care Act, insurers must cover emergency services if a patient shows symptoms that a prudent layperson, possessing an average knowledge of health and medicine, could reasonably expect to result in serious impairment to his or her health. This “prudent layperson” or “prudent patient” standard is also incorporated into California insurance law through the California Health and Safety Code.

What this standard means is relatively easy to understand at its outer boundaries. No, a hangnail is not something a prudent layperson would see as an emergency. Yes, gushing blood is. But there is quite a lot of territory between those boundaries.

Some have suggested that the Trump administration’s antipathy toward the ACA has emboldened Anthem to push the limits, formalizing an existing practice of classifying symptoms as likely to result in serious health impairment only after the diagnosis, not as those symptoms first present themselves in the ER.

Both questions: what a prudent patient should believe is an emergency and when that determination should be made are likely to be clarified through future legal action. Two things appear to be clear already, though.

What We Know So Far


In 2011, the State of California brought a lawsuit against Anthem on behalf of public hospitals, claiming that Anthem “systematically underpaid and delayed payment of fees owed to San Francisco General Hospital and other public hospitals for emergency services." It describes the ripple effect of denying coverage to patients. The court’s decision ultimately turns on a procedural question about whether federal or state law should apply. The U.S. District Court for the Northern District of California opted for state law.

As with the 2011 lawsuit, the argument is still about process, rather than the substance of patient grievances, but it shows a path that Anthem enrollees may take to dispute emergency coverage denials in the future.

Are patients adequately protected from the risk of arbitrary and after-the-fact coverage denials in California? We don’t know yet, but the issue is ripe for litigation.

Posted by
Francesska Redd
on August 9, 2018
I visited UC Davis for a broken collar boneand fractured scapula and torn tendons and bicept. I was sent home and told it was just a common bruise from physical therapy. Later i received a letter from them telling me next time go to my primary care provider for services. It took 2 years for me to get some surgical procedures that should have discovered in the ER at UC Davis Sacramento Ca.
Posted by
Karissa Floyd
on August 6, 2018
I recently had a break injury on my job and went to the er for treatment and was told if I didn't get any better to come back so I went back that Friday night because I had begun losing feeling on my left side and he refused to see me and made me leave and I contacted the hospital administrator but nothing was done.
Posted by
paul
on July 23, 2018
Anthem Blue and Blue cross Association the scourge of bad faith throughout the us leaves a trail of injury to its policyholders
at least state regulatory agencies can help those who are non public state employees or retires. there in no help however when CALPERS uses Anthem Blue cross as the is no authority to oversee CALPERS and file restitution against both of them