"Avelox Has Taken My Life Away"

For anyone not familiar with the horrific side effects caused by Avelox, the following story seems unbelievable. How could an antibiotic destroy your health and family and leave you financially destitute? "Avelox has taken everything away from me," says Sue, a former nurse, mother of two and now divorced. "I put on my fake happy face for my kids, but as soon as they leave for school, I'm back in the couch. Whoever I was, is now gone." 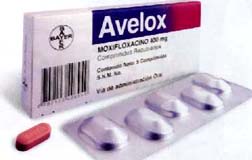 To top it all off, Sue has been in constant pain for four years (she took Avelox in 2005–2006 and had the injury in 2007) and sunk into a deep depression, all because she took three treatments of this powerful antibiotic that has been linked to tendon tears and ruptures, for three separate sinus infections. But neither Sue nor any of her doctors linked Avelox side effects to her injury because the FDA didn't require a black box warning until 2008; even though Public Citizen petitioned an Avelox warning label way back in 1996. Even though in 2005, the Illinois Attorney General's office petitioned the FDA to place a black box warning on Avelox.

Sue had always been very physically fit; she went to the gym five days a week and had a great job at the hospital—until early 2007. "I was sitting on the floor one night and as I got up, I heard a huge pop and snap, then I fell and passed out from the pain," Sue explains. "I was alone at the time; I hobbled to the freezer and grabbed a bag of frozen corn—I figured I had twisted my ankle. Fast forward two weeks and still in pain, I knew something was wrong so I saw my primary doctor for x-rays.

"He told me it was probably just a sprain and to stay off it. Next up I saw a podiatrist and he put me in a walking boot to take the pressure off. We tried all kinds of treatments, including cortisone injections, over the next year. Nothing worked so I went to an orthopedic surgeon, an ankle specialist. Avelox never crossed my mind…

"The surgeon sent me for an MRI and discovered two ligaments completely severed in half—that was the pop and snap sound I heard. I couldn't t believe it, but I knew something serious was wrong and it didn't take a nurse to figure that out.

"Now it's 2008; I had ultrascopic surgery to remove scar tissue. One year later, popping Percocet and still in severe pain, I had another MRI, which showed another ligament hanging by a shred. My surgeon thought it would be wise to do more invasive surgery: he opened my entire foot and replaced the shredded ligament with ligament from a cadaver; he basically did a reconstruction of my entire ankle because calcification had formed and scar tissue was everywhere on my outer left ankle.

"I was in a full cast with complete bed rest for eight weeks, then crutches for another eight weeks with physical therapy twice a week. I was still popping pain meds and still not connecting it with Avelox. In case he'd overlooked anything, my surgeon sent me to his colleague, who concurred that I might never feel the same again—not too reassuring. Then he sent me to a pain clinic but that was no help.

"Around this time I went back to my primary. He told me about the Avelox tendon rupture side effects. (I don't hold my doctor at fault—he didn't know until the black box warning.)

"I came home and googled Avelox tendon ruptures. You've got to be kidding me! What a weird side effect for an antibiotic. Then I read so many stories that sounded like me; they were all horrible with no happy endings, with many people on disability for the rest of their lives.

"I told my orthopedic surgeon. He said, 'I will go to court for you because it is possible that this drug caused your injury. You were totally healthy before this and there was no incident that could have caused it.'

"But I put an Avelox lawsuit on the back burner because my life started to go down the tubes. I only had disability benefits through the state and it ran out. I had to give up my job that the hospital held for a year. It was financially hard to maintain my house being in so much pain, not being able to walk—I was drowning.

"I finally put my house up for sale and had to move. My surgeon said I needed to go to the pain center at Brigham and Women's Hospital in Boston.

More AVELOX News
"Because I was so depressed it took some time, but I went to Boston last December. They told me I have chronic neuropathic pain; my brain doesn't shut off the pain, which is now up my leg and creeping across my body. I met the psychiatrist and they are trying full-body Lidocaine infusions, which is pretty risky. It's like taking chemo and there can be cardio side effects. But the pain got down to a '3' and gave me about 12 hours of relief. This treatment basically shuts down your body and 'resets' your brain.

"I go for my second treatment next week; it's a long drive and my parents have to take me because I'm a wreck afterward. Meanwhile, my attorney is trying to get me full disability. I'm collecting partial permanent disability; I've been getting food stamps because these meds are so expensive. Thank god for my parents but I'm guilt-ridden thinking about the money they've spent on me; I've become such a burden to them.

"I'm hopeful that it isn't too late to file a lawsuit against Avelox; I have nothing left."

If you or a loved one have suffered losses in this case, please click the link below and your complaint will be sent to a drugs & medical lawyer who may evaluate your Avelox claim at no cost or obligation.
Request Legal Help Now

Posted by
Debra Clark
on November 13, 2013
In the spring of 2012, I was taking Avelox for sinus infection. I went to D.C. with m daughter for a Truman Scholarship interview. Even though I had been walking 4 to 5 miles daily, I found myself almost unable to walk due to pain in my groin area. I told the doctor and he never mentioned Avelox, a few months later I developed sphenoid sinusitis and given avelox and medrol dose pak. My feet began to hurt badly. When I saw the ENT I told him and he said stop taking the Avelox immediately. It has been over a year now and am still having issues with my feet, I've seen podiatry several times and am scheduled for an MRI. There were no warnings on the bottle about this. They need to stop using this stuff unless it's a last option!!!
Posted by
Angela
on August 15, 2011
MY LIFE WAS ALSO CHANGED BY AVELOX IT ATTACKED MY LIVER . I WAS GIVIN 2 BAGS OF THIS MEDICEN IN THE HOSPITAL THE REACTION HAPPEN ALMOST RIGHT AWAY THAT WAS IN 2008. AFTER ALL THE TESTING I WAS DIGNOISED WITH DRUG INDUCED LIVER FAILURE.I WAS SICK FOR 1YR BEFORE MY LIVER TRANSPLANT TOOK PLACE. THIS DRUG MUST BE TAKEN OFF THE MARKET PLEASE. NOW THE DOCTORS ARE WATCHING MY KIDNEYS BECAUSE OF MY ANTI-REJECTION MEDS. I WAS PERFECTLY HEALTHY BEFORE THIS HAPPEN TO ME AND IT IS NOT FAIR,WHEN THE MAKER OF THIS DRUG KNOWS THAT THIS IS ONE OF THE SIDE AFFECTS SOMETHIN HAS TO BE DONE SOON.