Now that Avastin manufacturer Genentech has its hearing set with the US Food and Drug Administration (FDA) for June 28 and 29, the focus is on advancing its position that the FDA's proposed withdrawal of the indication for metastatic breast cancer (MBC) is not consistent with previous accelerated approvals. The FDA announced it was withdrawing its approval for MBC indication due to the results of two clinical trials that seemed to cast doubt on the safety and efficacy of Avastin for MBC. There are also concerns over Avastin side effects. 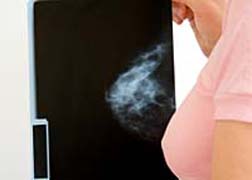 MBC is not the only indication for Avastin, which is designed to treat a host of other cancers. And doctors have always had the authority to utilize medications off-label (meaning, in association with indications for which the drugs were not approved by the FDA).

However, the announced withdrawal of the MBC approval that dates back to February 2008 for use of Avastin in combination with paclitaxel is pitting Genentech against the FDA.

According to the April 13 edition of Drug Industry Daily, the FDA decided to rescind its approval of bevacizumab Avastin use in association with paclitaxel for MBC following the release of the AVADO and RIBBON1 studies. The latter trials, according to the FDA and the FDA's Center for Drug Evaluation and Research (CDER), call into question the benefit associated with Avastin for that particular indication.

In addition to the issue as to whether or not the FDA's decision to rescind is consistent with FDA approval for other treatments, lay a concern over whether the actions of the FDA may deter the development of future therapies for first-line MBC. A communiqué issued to the FDA and CDER by Genentech's legal counsel outlined those concerns.

Genentech holds that not only do the studies show an efficacy benefit with Avastin, the benefit is greatest when used in association with paclitaxel.

More AVASTIN News
CDER appears to disagree, upholding its recommendation to withdraw the Avastin FDA indication for MBC due, in the agency's view, to the failure of Avastin to demonstrate, through the two clinical trials, that the treatment is safe and effective. CDER also wonders if the clinical data submitted by Avastin manufacturer Genentech confirms the clinical benefit associated with Avastin and MBC given, in CDER's view, that only one of the two trials showed a meaningful impact on progression-free survival.

There are those who feel Avastin is an important treatment for MBC and would rue the day when Avastin disappears for that indication. Others feel that Avastin injection is little more than a placebo, within the context of MBC treatment and survival. The debate rages, and will heat up even more in June.