Douglas Arbesfeld, the pharmaceutical industry's mole inside the FDA, recently revealed his existence quite by accident when he attempted to destroy the reputation of cardiologist Dr. Steve Nissen by sending a malicious email to reporters after Dr. Nissen published a study that found the diabetes drug Avandia possibly increases the risk of heart attack and death.

Apparently, a reporter made Dr Nissen aware of the email sent by Mr Arbesfeld from his official FDA email account which subsequently led to his unexpected outing as the industry's mole.

The email also sought to discredit the Cleveland Clinic by inferring that the Clinic and Dr Nissen published a bogus study on Avandia to punish its maker GlaxoSmithKline because the company does not do research at the clinic. 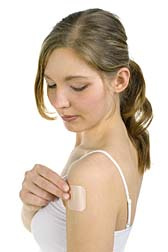 As a means of emphasizing this point, Mr Arbesfeld included derogatory comments posted on the internet by a supposedly "anonymous" blogger listed as Brian A, who accused Dr Nissen of running the Clinic like the characters in a Mafia TV series stating: "The Cleveland Clinic was one of the most respected names in medicine, now they are positioning themselves as candidates to take over for a new series on HBO to replace the Soprano's".

The email also warned other drug companies that they would face a "firing squad" from Nissen and company if they did not hire the Clinic to do research.

For the record, Nissen and the Cleveland Clinic are respected worldwide for the research they conduct and Nissen's name appears on Time Magazine's list of the top 100 most influential people. When a drug or medical device is dangerous, he says so.

Most famously, Nissen warned the world about the serious health risks associated with Merck's Vioxx, and lived to talk about it while the reputations of other esteemed scientists were destroyed by Merck.

Mr Arbesfeld's attempt to smear Dr Nissen while on the clock at the FDA has led to a Congressional investigation by lawmakers on both sides of the isle. The investigation is focused on Mr Arbesfeld's alleged ties to the pharmaceutical industry and more importantly, how it came to be that he was hired as a media consultant for the FDA to begin with straight from a company whose products are regulated by the FDA.

It also seems more than a bit odd that the FDA would chose now to hire a media consultant employed by J&J being the company is currently under investigation for the illegal marketing of many of its products while hiding dangerous side effects by several Congressional Committees, the US Department of Justice, the FBI, the US Department of Health and Social Services, and attorneys general in states all over the country.

But then on the other hand, what better time than now for the industry as a whole to have a mole inside the FDA to keep it apprised of the progress or lack of in the numerous investigations underway.

The lawmakers have linked Mr Arbesfeld to drug giant J&J but in fact, a few days of investigating revealed that his employment in the industry has involved just about every drug company at one time or another, including Avandia maker GlaxoSmithKline in 2002.

A few years back, Mr Arbesfeld was hawking medication patches that have since been found to be lethal on behalf of J&I's Ortho-McNeil division which is currently facing a large number of lawsuits alleging the company and the FDA hid studies that showed the Ortho-Evra birth control patch caused blood clots and promoted the off-label use of its narcotic Duragesic pain patch.

On October 10, 2004, Susan Edelman of the New York Post reported that a "popular and profitable contraceptive patch promoted by sexy TV ads caused 11 times as many fatal or life-threatening blood clots as a leading birth-control pill, a new lawsuit charges."

She said the patch had been found responsible for 17 deaths in women age 17 to 30 since its release in 2002.

Ms Edelman used the Freedom of Information Act to obtain records from the FDA which also revealed 21 other life-threatening conditions such as blood clots, strokes, and heart attacks.

In the Post article, Mr Arbesfeld maintained that the "adverse event reports for Ortho Evra are consistent with the health risks of other hormonal contraceptives."

On October 25, 2004, he told the Associated Press that four million women in the US had used the patch since it came on the market in 2002 and about 800,000 women were currently using it.

But when the story got legs due to reports about the large number of adverse events recorded in the FDA database, Mr Arbesfeld said in the New York Post, "We believe that there may have been duplicates in the FDA reports."

"The way adverse-event reporting works is that reports go in to the FDA as raw data, which has to be analyzed," he stated. "Several people could report on the same incident, such as a doctor, a relative, a nurse."

J&J has consistently denied knowledge of any problems with the patch. However, according to a story by CBS News, documents have surfaced in a lawsuit that show the company's own records reveal that it received some 500 reports of serious problems associated with the patch between April 2002 and December 2004.

In fact, documents that surfaced in litigation showed the company had been analyzing the FDA's death and injury reports on women using the patch, and had charts that showed a higher rate of blood clots and deaths in women on the patch when compared to women who take birth-control pills.

In July 2005, the Associated Press conducted an investigation that tracked adverse reactions in women using the patch since it was approved for sale in the US. In response to a FOIA request, the FDA provided the AP with a database that contained roughly 16,000 adverse reaction reports.

Since the FDA estimates that it only receives reports on between 1% and 10% of the adverse events that actually occur, the death and injury rate for products is known to be significantly higher that indicated in the database.

Within the group of 16,000 adverse reaction reports, the AP determined that there were 23 deaths. Doctors who reviewed the 23 deaths said about 17 appeared to be clot-related.

According to the AP, about a dozen women, mostly in their late teens and early 20s, died from clots in 2004, and dozens more experienced strokes and other clot-related problems.

In addition, according to the Associated Press on November 11, 2005, an internal company memo shows that in 2003, the company refused to fund a study comparing the Ortho patch to the company's Ortho-Cyclen pill because there was "too high a chance that study may not produce a positive result for Evra" and a "risk that Ortho Evra may be the same or worse than Ortho-Cyclen."

According to J&J's Annual Report, as of December 31, 2006, there were approximately 1,500 claimants who have filed lawsuits or made claims regarding injuries to due to the Ortho Evra patch.

Because J&J knows that blood clots rarely develop in young women of childbearing age, legal experts say not to expect to see public jury trials in cases involving the birth control patch. In fact, many lawsuits have quietly ended in confidential out-of-court settlements but with little fanfare in the mainstream press.

J&J has also been hit with over a hundred lawsuits involving the Duragesic pain patch, a device that is supposed to deliver safe doses of fentanyl, a drug so powerful that high doses can shut down the respiratory center in the brain.

Fentanyl is a Schedule II narcotic, said to be 80 times stronger than morphine, listed in a class of drugs due to the high potential for abuse and overdose.

Here once again, fentanyl was approved for use by cancer patients with unremitting pain who were monitored closely, but before long it was being been prescribed off-label for many uses without any patient monitoring.

In 2004, pharmacists filled more than 4 million prescriptions for J&J's fenanyl patch according to the November 25, 2005 LA Times. In the six years before the article, the Times reported, the Los Angeles County coroner's office alone had investigated over 230 deaths involving fentanyl.

In Florida, the Times said, state authorities reported 115 deaths from fentanyl in 2004.

FDA official Dr Robert Meyer, head of the office that oversees painkillers, told the Times that safety officers had just noticed a trend of adverse reactions involving the drug that year.

However, back in 2001, the Times reports, a drug safety group of the Institute for Safe Medication Practices, warned the FDA that patients on the patch were dying of overdoses and doctors were prescribing it for patients who did not tolerate opioid drugs well. And yet it took another four years for the FDA to issue a nationwide alert, on July 15, 2005.

Responding to the reports, Mr Arbesfeld told the Times that the drug met an important need for cancer patients and others with chronic pain and the company was working with the FDA, doctors and patients to make sure it was used safely.

"We take the health and safety of the patients who use this product very seriously," Mr Arbesfeld said. "We work very closely with the FDA to look into all reports of serious adverse consequences, and we believe that the product is safe and effective when used as directed."

Yet according to the Times, J&J has promoted the narcotic patch to doctors as superior medication for back pain and other problems. "Game, uninterrupted," reads the caption on a Duragesic brochure that showed a middle-aged man shooting pool, the Times said.

More News
Another photo showed a pair of hands kneading bread dough. "1,360 loaves ... and counting," with the caption. "Work, uninterrupted."

Mr Arbesfeld told the Times that the company had stopped using that literature.

It would be impossible for him to not know the narcotic was being massively prescribed off-label for unapproved uses. According to the Times, from 2000 to 2004, sales of the patch more than tripled and the number of prescriptions more than doubled

In 2004, with $1.2 billion in sales the Duragesic patch even surpassed Vioxx, according to Drugtopics.com. However, J&J's Annual Report says that as of December 31, 2006, there were approximately 100 lawsuits filed against the company related to the patch.


Do not discontinue your medication
unless specifically directed to do so by your doctor.

If you or a family member have used Avandia and have suffered heart attack or liver damage after taking Avandia, please contact a lawyer involved in a possible [Avandia Lawsuit] who will review your case at no cost or obligation.
Request Legal Help Now