GlaxoSmithKline (GSK), maker of diabetes drug Avandia, is now defending itself against accusations that it failed to adequately warn the public about known risks associated with Avandia. The company responded that the allegations, which were released in a Senate finance committee report, were based on information that was inaccurate and taken out of context. 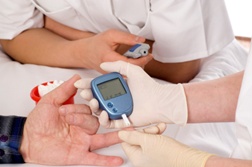 The Senate finance committee report, issued in February 2009, alleges that GSK waited years to alert the public to the risk of serious cardiovascular side effects linked to Avandia. The report further alleges that GSK executives attempted to intimidate physicians and tried to find ways to misrepresent findings that Avandia may increase cardiovascular risks to patients. If concerns about Avandia's potential to increase cardiovascular risk been taken seriously when the issue was initially raised in 1999, the report concludes, some of the approximately 83,000 heart attacks associated with Avandia might have been avoided.

The same report argued that the US Food and Drug Administration (FDA) ignored safety concerns its staff raised regarding Avandia.

GSK issued a 30-page response to those allegations. According to Reuters on 2/24/10, the Senate finance committee report was not "accurate, balanced or complete." There were "glaring omissions" in the Senate report, including a lack of discussion about clinical trials that the FDA analyzed, including the ADOPT, DREAM, and RECORD trials. The FDA has so far voted to keep Avandia on the market.

More AVANDIA News
"Further, the Staff Report mischaracterizes and distorts the efforts that GlaxoSmithKline LLC ("GSK") took to continue to monitor the safety and efficacy of its diabetes medication," states the response. "The Staff Report repeatedly cites documents out of context; thereby, crafting a misleading narrative that fails to acknowledge that there is important, relevant safety information pertinent to the understanding of Avandia and its role in helping physicians and patients treat the devastating disease of diabetes."

GSK argues that the Senate report is "neither comprehensive nor detailed in its analysis of safety issues concerning Avandia." It concludes: "GSK respectfully disagrees with the Committee's decision to publish a Staff Report with such errors of fact, omission, and inference."

According to CNN on 2/20/10, the Senate investigation included a review of more than 250,000 pages of public and internal documents provided by GSK, the FDA and research institutes.

GSK says that it not only studied Avandia's safety but also communicated its findings to regulators.

Posted by
Janice Hopkins
on August 6, 2014
About 2004 I was prescribed Avandia for type 2 diabetes and had standard blood work done after taking Avandia for about 9 months. The results of that test listed my cholesterol levels as 260, HDL 25, LDL 182 and triglycerides 234! My total HdL and LDL had always been in the normal range. Avandia did lower my glucose levels but I would have sudden drops causing dizzyness and sweating even though I was eating properly.

My daughter who has a medical PHD, works for a lab in MA, sent me the a report about Avandia safety with graphs showing a group of patient studies of those taking Avandia for a period of 6 months whose cholesterol levels had almost tripled! And that is exactly what mine had done. My doctor switched me to another diabetic drug but I've been struggling with those high levels ever since.

I can't locate that 2004 report. I had saved a copy on my pc. I printed a copy for my records, then lent it to a friend who was also taking the drug, she no longer has it so I printed off another 24 pg one recently and discovered it has been changed! How they could do that is a mystery! The page with that study graph was pg 18.