Things seem to be going from bad to worse for the makers of Avandia. Late last week Santa Clara County in California filed suit against GlaxoSmithKline (GSK), alleging violations against state false advertising statutes. It is believed to be the first lawsuit filed by a government entity over allegations that GSK knew about the various risks and side effects of Avandia but suppressed the evidence. 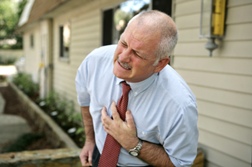 The lawsuit seeks restitution on behalf of all Avandia users and purchasers in California.

"GSK's unlawful conduct has cost patients, their insurers and government payors millions of dollars, and it has caused needless suffering to thousands of Californians," said Santa Clara County's acting county counsel Miguel Marquez, in comments published 3/1/10 in the San Jose Mercury News. "This is precisely the sort of corporate malfeasance that California law prohibits."

The lawsuit, filed on February 26 in US District Court, Northern California District, is believed to be the first of its kind by a government body over Avandia. Santa Clara County is seeking triple damages in the lawsuit, given that Avandia advertising was aimed at diabetics, who are classified as disabled under California law. The county spent $2 million on Avandia for indigent patients between 1999 and 2007.

The action comes on the heels of a blockbuster government report that was made public in the last two weeks, which claims that Avandia may have been responsible for as many as 60,000 to 200,000 heart attacks, strokes and cardiovascular deaths in the US during a seven-year period between 1999 and 2006.

The report, published in the 2/19/10 edition of the New York Times, also claims that as many as 500 heart attacks could be avoided each month if doctors prescribed Actos instead of Avandia to patients with type 2 diabetes. Avandia was reportedly linked to 304 deaths during the third quarter of last year.

The California lawsuit against GSK over Avandia could be a significant development. If it succeeds, other cash-strapped states may be encouraged to file lawsuits to recoup some of their losses and to penalize the pharmaceutical giant for selling an unsafe product to patients.

An increase in Avandia lawsuits would lead to increased legal costs for GSK at a time when sales of Avandia are already sliding, as doctors switch their patients from Avandia to safer alternatives.

More AVANDIA News
According to the 3/2/10 issue of the Global Insight newsletter, produced under the auspices of the World Markets Research Centre, the US Senate Finance Committee blasted the makers of Avandia over claims that GSK was aware of the potential for cardiovascular risk even before the drug was launched, but chose instead to suppress those findings.

GSK continues to defend Avandia, noting that in its view the Senate report is inaccurate and unbalanced. The manufacturer points to clinical studies that did not show that Avandia statistically or significantly increased cardiovascular risk.

The government report recommends that Avandia be removed from the market. The US Food and Drug Administration (FDA) is set to meet this summer to consider the latest developments in the Avandia debate and to potentially decide its fate in the US market.