Avandia Patient "Glad to Be Here"

Like many people who feel they have suffered side effects after taking Avandia, Rick P. (not his real name) was not aware the drug could have caused his health problems. Rick did not suffer a heart attack, rather he went into liver failure. However, he says that his life changed dramatically after he took Avandia. 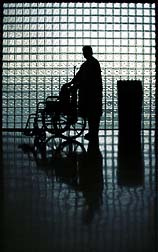 "I am a diabetic and I was prescribed Avandia," Rick says. "I was given some samples of it first—about a month's worth. Then I had a prescription for it. I took it a little more than 8 months. But, I started swelling in my legs, arms and stomach area. I went to several doctors because my feet were swelling—they were hurting and I couldn't walk. The doctors said that my heart was making me swollen and there was fluid in my legs and feet, but I said that it couldn't be that because I don't have heart trouble.

"I got to feeling bad—I had bad headaches—and it got where I couldn't hardly do anything. I took an early retirement. Then, around Thanksgiving I got really sick. My wife took me to a kidney doctor and he put me in hospital. They told me my kidney was failing and they put and stent in my neck."

Initially, Rick was told he needed dialysis. However, doctors decided against dialysis because his kidney levels improved. Rick was then told that his liver was failing and was causing his health problems. He says that he was told he had 7 months to live and that it would take that long to get an appointment with a liver doctor. However, Rick remembered a liver doctor he had seen 6 years before and he managed to get an appointment with that doctor almost right away.

"I was told to go home from the hospital and prepare to die," Rick says. "But instead I saw that doctor, who is in charge of transplants. He said he would run new tests on me and if I needed a transplant, I would have one within 3 months. I had a kidney and liver transplant on June 12, 2007.

More AVANDIA News
"I took the Avandia for 8 months a few years ago. My diabetic doctor took me off the Avandia. I don't know why he did—swelling, I guess. It just swelled me up really badly. I worked as a house appraiser and I couldn't even get up the doorsteps because I was too swollen. I had shortness of breath and headaches. I had to take early retirement and disability. It sure did mess up my life. I had to sell everything to stay alive. I sold my farm and most of my land, but I survived.