The legal team at Baum, Hedlund, Aristei & Goldman in Los Angeles is among the most successful drug liability litigators in the country. It has fought and won hundreds of personal injury and wrongful death cases against pharmaceutical giant GlaxoSmithKline (GSK) related to the antidepressant Paxil. Now attorney Roger Drake at the firm is representing a large number of people in another suit against GSK, this time related to the drug Avandia. 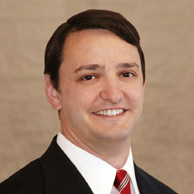 "I believe there are a lot of people out there who have had events associated with Avandia that have not yet come forward," says Drake. "They should know it is not too late to do it."

Licensed in 1999 as a medication to control blood sugar levels in people suffering from diabetes, Avandia is used by more than 2 million people worldwide and generates more than $3 billion in annual sales.

The problem is that Avandia may also generate heart attacks and other types of cardiovascular problems. Although GSK insists its drug is safe, questions remain.

"It was just over a year ago, on May 21, 2007, that the New England Journal of Medicine (NEJM) published an article that made the link between heart problems and Avandia," says Drake.

Since then, Drake and the lawyers at Baum, Hedlund, Aristei & Goldman have filed a number of lawsuits against the maker of Avandia, and are continuing to investigate many other cases for clients who have come forward claiming that they or a family member has had heart problems associated with Avandia.

Among them is 59-year-old Pat Kelly, an auctioneer from Grove, Oklahoma.
Two years ago, Kelly required a stent to repair a dangerous and painful coronary artery blockage. The next year he required surgery again. This time Kelly had to have a heart bypass.

Drake has recently filed a suit on behalf of Pat Kelly and his wife alleging that GlaxoSmithKline knew or should have been aware that Avandia was associated with a significant risk of cardiovascular problems, like the ones that Pat Kelly experienced.

The Food and Drug Administration (FDA) has also looked into Avandia. "Since FDA scientists estimate that Avandia has caused roughly 83,000 heart attacks" Drake says, "it is difficult to believe that GSK was either unaware of the risk, or unable to discover the risk through appropriate investigation and analysis of its clinical trial data."

"I enjoy working with my clients, and working hard for them," says Drake.

More News
Chasing down pharmaceutical manufacturers and practicing product liability law is a difficult job. But Drake's firm has had considerable success over the years precisely in that area.

"I came here to Baum, Hedlund, because I wanted to represent individuals. I think it is a noble profession and a noble cause," says Drake. "It takes a lot of perseverance, but that is something that I have, and that all the lawyers at this firm have."

The Avandia litigation is going to lend insight, Drake says, to the discussions the scientific and medical community is currently having concerning the treatment for type 2 diabetes. "As the litigation goes forward, we are going to uncover information that will be helpful to consumers and scientists."

Roger Drake is a graduate of the Case Western Reserve University Law School in Cleveland (2002) and earned his undergraduate degree at Ohio University in Athens, Ohio (1997).