While the Vancouver Olympics have temporarily displaced the Toyota recall from the high headlines over the better part of a week, the issue is bound to return when Akio Toyoda, the Japanese CEO of Toyota and the grandson of the company's founder, appears on Wednesday before the House Committee on Oversight and Government Reform. The House Energy and Commerce Committee opens hearings today and a Senate committee will meet next week, according to the 2/21/10 issue of the New York Times. 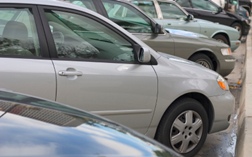 What returned Toyota to the headlines a day early are the internal documents subpoenaed by the feds in preparation for the hearings, in which Toyota boasts that it achieved "favorable safety outcomes" in the face of a regulator "more sensitive to public/Congressional criticism, resulting in more investigations and more forced recalls."

The issues stem from a confidential presentation from July of last year documenting legislative and regulatory "wins" for Toyota, according to the Times. The manufacturer estimated that it saved $100 million by negotiating with regulators for a limited recall of 2007 Camry and Lexus ES models for sudden acceleration.

The regulator was identified as the National Highway Traffic Safety Administration (NHTSA), which was concerned about reports of accelerator pedals sticking. However, rather than triggering a recall of the actual vehicles, Toyota "negotiated an equipment recall" without the nasty business of locating a defect, saving the company an estimated $100 million. Rather than recall and fix the cars, Toyota was allowed to undertake a simple recall of 55,000 all-weather floor mats, sold as optional equipment.

Documents also revealed that Toyota avoided an investigation into undercarriage rust on Tacoma trucks by agreeing to repair or replace damaged Tacomas built between 1995 and 2004. Millions more dollars were saved, the documents claimed, by delaying federal safety rules affecting other models.

More TOYOTA LAWSUIT News
"Unfortunately, this document is very telling," stated Olivia Alair, a spokeswoman for the Transportation Department. Two weeks ago, when news about Toyota was making headlines across the country, a former administrator of the NHTSA told the host of "Good Morning America" that in her view the NHTSA had not looked hard enough for the source of an earlier problem involving Toyota cars, and that the government needed to shoulder some of the blame. To that end, a spokesperson for Darrell Issa, senior Republican member of the oversight committee, agreed the documents raised some serious questions.

"Did regulators do their due diligence once problems were brought to their attention?" asked spokesman Kurt Bardella. "Did Toyota raise potential safety problems with regulators as soon as they knew a problem existed?"

In a statement Sunday night, Toyota said, "Our first priority is the safety of our customers, and to conclude otherwise on the basis of one internal presentation is wrong."

A raft of recalls, triggered by a fatal crash of a Lexus ES in California in August and pushed along by public outrage and a more demanding legislative assembly, is now expected to cost the automaker up to $2 billion.