Guadalupe Alberto didn't like to drive fast. In fact, the 77-year-old avoided the freeway because of it. She was in good health and drove cautiously to a fault. Never got a speeding ticket. So it was a shock when the former GM worker from Flint, Michigan was killed after her 2005 Toyota Camry, which had only 17,000 miles on the odometer, ran three stop signs on April 19, 2008. The speedometer remained stuck at 80 miles an hour when the car hit a tree in the middle of the day. 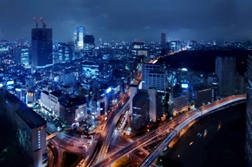 Witnesses say the car suddenly appeared to progressively increase in speed, similar to an accident involving a Toyota-made Lexus ES 350 that killed four family members in August of last year.

When the accident happened, Alberto's car had no floor mats installed at all. And her 2005 model Camry, which was a gift from her daughter, was not included in the swath of recent recalls by Toyota for sticking or jamming accelerator pedals.

What the car did have was the same electronic throttle-body system that is currently under renewed scrutiny by the feds.

The National Highway Transportation Safety Administration (NHTSA) has done previous investigations into computerized electronic systems inherent to the acceleration control of Toyota-made products—including a limited examination of a Lexus ES 350, the same car involved in the fatal California crash of August 2009—but did not find sufficient evidence.

Joan Claybrook, former head of the NHTSA, told ABC's Good Morning America yesterday that in her opinion the agency did not look hard enough.

The memorandum appeared shortly after an NHTSA official, Scott Yon, met with two former NHTSA colleagues who worked for Toyota, including Chris Santucci, who had left the agency only six months earlier, according to his testimony in a civil lawsuit.

Under federal law, an employee in the executive branch is barred for two years after leaving government service from representing any matter under the employee's previous official responsibility.

It is not known whether the restriction applies to a federal safety investigator.

"We discussed the scope," Santucci testified. "I think it worked out well for both the agency and Toyota."

A total of 26 out of 37 initial complaints of sudden and unexpected acceleration were excluded from the 2004 NHSTA investigation as a result of negotiations between the agency and the manufacturer, reports ABC News. Of the 26 exclusions, 25 of them involved actual accidents or crashes. However, no conclusion was forthcoming and the investigation—which included Toyota Camry models—was closed after four months "without identifying a defect trend."

The Alberto family of Flint, Michigan has filed a lawsuit in Circuit Court in Genesee County, alleging negligence on the part of Toyota and Denso, the Japanese firm that manufactured the electronic throttle system in the victim's Camry.

Alberto's damaged Camry, which has been impounded as evidence for the pending trial, has the same electronic throttle system that is now under renewed scrutiny by federal officials. Toyota has reportedly used the system in all of its cars since 2002.

While Toyota has denied that electronics are involved and continues to undertake its mechanical fix of the recalled vehicles for sticking pedals. Toyota in Japan has admitted that a software glitch is the source for a problem with the braking system in its 2010 Prius hybrid. A recall of those vehicles is being considered.

President of Toyota Apologizes to the World

Late afternoon today in Japan, the president of Toyota Motor Corporation issued a statement apologizing for the global recalls and promising to improve quality control through the establishment of a special committee that he, himself, would lead. Akio Toyoda, the grandson of Toyota's founder, also made a public appearance at a hastily-called news conference in Nagoya, Japan.

More TOYOTA LAWSUIT News
Meanwhile, allegations against Toyota continue to grow. A whistleblower who formerly worked in the legal department with Toyota, has come forward to claim—according to ABC News—that orders came from Japan to hide defects and defect information from lawsuits and federal investigators.

It has been reported that the defect with the braking systems for the 2010 Toyota Prius was caught and fixed at the factory, well before the company owned up to the problem and informed owners of current 2010 Prius models. It has also been reported that the same software problem that affects the braking system of the Prius hybrid may also affect all Toyota hybrid models.

The Los Angeles Times was reporting this morning that some Prius owners have experienced a failure of the Prius headlights, which has been linked to the car's computer systems and has caused several serious accidents.

Click to learn more about LawyersandSettlements.com
LawyersandSettlements.com - A trusted, independent legal news provider bringing quality news and information on legal cases and lawsuits filed in the United States of America to its readers since 2002. Over 650,000 legal help requests including Automotive accidents, Defective Product Cases, and Personal Injury Cases have been forwarded to lawyers all across to the country.