In the wake of the monumental Toyota recall that prompted the Japanese automaker to remove millions of vehicles with faulty accelerator pedals from the road, Toyota will now face fines of more than $16 million from the US Transportation Department. 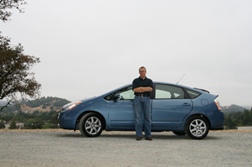 The fine, the largest penalty ever assessed against an automaker, stems from Toyota's decision to withhold information on the potentially deadly ramifications of its defective gas pedals from federal authorities for over four months.

More TOYOTA LAWSUIT News
An anonymous source within the Transportation Department told the Associated Press that the company is expected to pay the full amount of the fine within 30 days to avoid going to court over the incident.

In January, Toyota announced that it would recall more than 2.3 million vehicles, including popular models like the Camry and Corolla, to address problems with unwanted acceleration. In all, the company recalled more than eight million vehicles worldwide, according to the AP.

If you or a loved one have suffered losses in this case, please click the link below and your complaint will be sent to an automotive accidents lawyer who may evaluate your claim at no cost or obligation.
Request Legal Help Now