The Ninth Circuit revived the wrongful death claims against Chrysler Group that arose from a transmission defect in Chrysler vehicles. The federal court of appeals held that “genuine issues of material fact existed as to whether the “false park” defect in the Grand Caravan” caused the deaths of plaintiffs’ mother and father.” 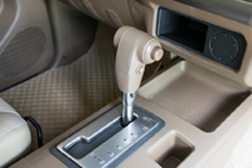 The alleged defect allowed a driver to place the vehicle into park even though it was actually in a position between park and reverse. The car would then suddenly shift into reverse, causing injuries or death.

The plaintiffs’ parents, Roy and Rose Coats, owned a 2008 Grand Caravan. Rose placed the car in what she thought was park, and the vehicle self-initiated reverse. She was found pinned between the car door and her frame garage.

The father, Roy Coats was found lying on the garage floor, the car had struck him and caused him to have a heart attack.

The defect can occur while the vehicle is running and the driver exits for a short period. The vehicle shifts into a powered reverse.

Despite evidence the park-to-reverse event more likely than not caused the double fatality, the district court granted summary judgment to Chrysler. The Ninth Circuit disagreed with the court’s decision and remanded the case for the correct application of California’s strict products liability law.

More DEFECTIVE PRODUCTS News
Under California’s law, a manufacturer can be held strictly liable for putting a defective product on the market that results in an injury reasonably foreseeable from using the product. An automotive expert testified the Coats’ Grand Caravan indeed had the “false park” defect.

In the brief opinion, the court stated there was evidence available to allow a reasonable jury to conclude the defect was the legal cause of the accident and the Coats’ deaths.

A Chrysler spokesman said they were disappointed with the court’s decision and the defect had been alleged against many manufacturers. The plaintiffs’ council is looking forward to trying the case, and believed the decision gives credit to the strength of California’s strict-liability law.

The plaintiff firms also represented a husband whose wife was pinned by a 2003 Dodge Ram that resulted in her death. The pickup truck also had the false park defect.

Click to learn more about LawyersandSettlements.com
LawyersandSettlements.com - A trusted, independent legal news provider bringing quality news and information on all legal cases and lawsuits filed in United States of America to its readers since 2002. Over 250,000 legal help requests including Defective Product Cases, and Automotive accidents have been forwarded to lawyers all across to the country.