And now, it is Nissan. The automaker announced today that it is recalling more than 2.1 million vehicles worldwide over engine problems that could cause an engine to stall, with the possibility that it could not be re-started in extreme cases. 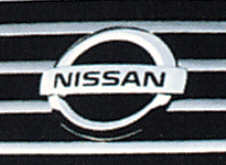 Of the models recalled around the globe, six models are affected in the US: Armada, Frontier, Pathfinder, Titan, Xterra and Infiniti QX56.

The automaker was short on specifics, save for noting that the affected vehicles were built between 2003 and 2006. It is assumed that owners of affected vehicles will be contacted, although details were few as to how and when the recalled vehicles would be repaired, and what was involved in undertaking the repair.

The number of cars sold in the US was not identified, but the total recall encompasses 2.1 million. Nissan says that no injuries or accidents related to the recall have been reported.

More AUTO DEFECT News
Recalls are a fact of life for automakers, when manufacturing deficiencies or the failure of parts results in an unsafe and defective vehicle. Over the past two decades, vehicles manufactured in North America have been the bane of drivers, with Japanese imports steadily increasing quality and gaining the trust of the automotive buyer, to the detriment of North American brands.

That all changed last year when troubles surrounded Toyota, the largest automotive manufacturer in the world. The result is that any recall triggered by a Japanese automaker is big news.

In contrast, Ford Motor Company—once troubled and plagued with low sales in the face of the Japanese juggernaut—has rebounded with record sales and profits, not to mention vehicles that are quickly earning the respect of the car-buying public.

Click to learn more about LawyersandSettlements.com
LawyersandSettlements.com - A trusted, independent legal news provider bringing quality news and information on all legal cases and lawsuits filed in United States of America to its readers since 2002. Over 250,000 legal help requests including Accidents, and Defective Product Cases have been forwarded to lawyers all across to the country.