Autism Drugs among Those That Increase Health Risks for Kids

Researchers in British Columbia have found a genetic variation in children that puts them at up to six times greater risk of developing metabolic syndrome when they take certain drugs for mental health problems, including autism medication, according to The Vancouver Sun. 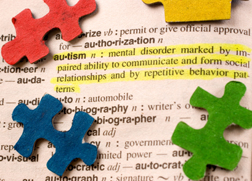 The news source reported that metabolic syndrome is a bundle of conditions, including high blood pressure, obesity and diabetes, that can eventually lead to serious cardiovascular disease.

Research has shown, according to the news source, that a simple waist-circumference test is a good indicator of metabolic syndrome in children who are on the drugs, commonly known as second-generation antipsychotics.

In the British Columbia-based study, which was published in the Canadian Journal of Psychiatry, 19 percent of kids on such drugs had metabolic syndrome.

"Patients and their parents are pretty distressed about the weight gain and other side-effects of second-generation antipsychotic drugs," Dr. Dina Panagiotopoulos, an endocrinologist who was a co-author of the study, told the news source. "They often say they wished they knew about the side effects before so they could do more about curbing carbohydrate cravings, about not drinking sugary drinks, and limiting time in front of [computer and television] screens."

More AUTISM News
The study, along with a similar one that was also authored by Panagiotopoulos, showed the link between risk factors for cardiovascular disease and medications for mental health disorders like autism. She noted that this proves the importance of parents and children being warned about diet and exercise when doctors prescribe the drugs, according to the news source.

"You can be a lot more successful in avoiding these problems if you tackle it pre-emptively...and not after you've already gained 50 pounds," said Panagiotopoulos.

Second-generation antipsychotics like Seroquel and Risperdal are being used by children for problems like autism, psychosis, aggression and bipolar disease.

According to the National Library of Medicine, Risperdal is used to treat individuals with irritability associated with autistic disorder, and may cause children to gain more weight than expected, and for boys and male adolescents to have an increase in the size of their breasts.

If you or a loved one have suffered losses in this case, please click the link below and your complaint will be sent to a drugs & medical lawyer who may evaluate your Autism claim at no cost or obligation.
Request Legal Help Now

Posted by
Daniel Haszard
on February 6, 2012
Association Between Zyprexa olanzapine and Hyperglycemia.
There is concern Zyprexa,like other atypical antipsychotic drugs, has the potential to cause metabolic disorders, particularly hyperglycemia (excess sugar) and diabetes. Atypical antipsychotics cause the body to metabolize fat instead of carbohydrates, leading to insulin resistance to the excess carbohydrates.
At the same time they promote fat accumulation.I was a patient back in 1996-2000 who was a subject of Eli Lilly's Zyprexa 'viva' Zyprexa' off label sales promotion.I was given it as an ineffective costly treatment for PTSD It gave me diabetes as a side effect.--Daniel Haszard