Something Fishy Allegedly Going on with Atrium C-QUR Mesh

A lesser-known hernia mesh that is beginning to attain some traction in legal circles is Atrium C-QUR Hernia Mesh, a product approved by the US Food and Drug Administration (FDA) in 2006. Akin to other mesh products made by competing manufacturers for hernia repair, plaintiffs are filing lawsuits alleging complications. 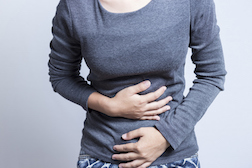 One such C-QUR surgical mesh lawsuit has been filed by an Arkansas woman, Terry McLain. The plaintiff, who originally filed her action in US District Court for the Western District of Arkansas, references the Atrium C-QUR mesh that was utilized for an open repair of a ventral, or abdominal hernia, in 2011 (McLain et al v. Atrium Medical Corporation et al, Case No. 1:16-cv-01095).

According to court documents, McLain began to experience abdominal pain – often severe – together with a recurrence of the hernia. The problem escalated to the point where doctors felt it prudent to remove the C-QUR surgical mesh. However, the attempt to remove the compromised mesh failed after doctors discovered the mesh had become lodged and entrapped within the plaintiff’s abdomen due to significant scar tissue. Because of this, the compromised mesh could not be replaced.

Records show that Atrium C-QUR Hernia Mesh is manufactured with polypropylene and an Omega-3 gel coating fashioned from fish oil. The coating is ostensibly designed to reduce scar tissue while making it easier for the mesh to become, and remain affixed to the abdominal wall.

Numerous plaintiffs have encountered C-QUR mesh infections and failure, including but not limited to inflammation leading to bowel adhesions.

Marquetta Fox is a plaintiff from Ohio who claims to have developed severe C-QUR side effects from a hernia repair featuring the mesh. In Fox’s case, she alleges the troublesome mesh became affixed to her small bowel, causing an obstruction.

Fox filed her defective products lawsuit this past November in the US District Court for the Northern District of Ohio before consolidation to multidistrict litigation in New Hampshire before US District Judge Landya McCafferty (Fox v. Atrium Medical Corporation et al, Case No. 1:2016cv02765, filed January 4, 2017 at New Hampshire District Court).

More ATRIUM C-QUR HERNIA MESH News
In 2012 the FDA issued a warning letter to the manufacturer, identified as Atrium Medical Corporation, taking the manufacturer to task for failure to adequately address what were described as multiple complaints, including dyspareunia, related to the mesh product. It has been reported that Atrium C-QUR Hernia Mesh is the only mesh product of its kind, manufactured with Omega-3 fish oil as an exterior coating.

If you or a loved one have suffered losses in this case, please click the link below and your complaint will be sent to a defective products lawyer who may evaluate your Atrium C-Qur hernia mesh claim at no cost or obligation.
Request Legal Help Now