What Led to the Black Box Warning on Asthma Drugs?

Two years ago the US Food and Drug Administration (FDA) stated that the asthma drugs Advair Diskus, Advair HFA, Foradil Aerolizer, Serevent Diskus must carry black box warnings—the most severe warning the FDA can issue. Most recently Symbicourt, Performist, (formoterol fumarate), and Brovana inhalation solution were added to list of asthma medications to carry this warning. 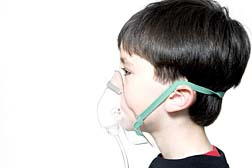 This decision was based on data which show an increased risk for wheezing and possibly death associated with these drugs. It's ironic, given the fact that these medications were developed to control or even decrease the number of wheezing episodes and possible fatalities in people with asthma or chronic obstructive pulmonary disease (COPD).

LABAs belong to a class of medication called long-acting beta-2 adrenergic agonists. They work by reducing the wheezing, or bronchospasm, by relaxing the muscles around the airways. While they take effect relatively slowly, they work over a prolonged period of time, many hours in fact.

The FDA decision to impose black box warnings—the most severe warning there is-- was based on findings from a large U.S. study called SMART, which stands for the Salmeterol Multi-center Asthma Research Trial. It compared the safety of salmeterol (the active ingredient in Serevent and Advair) with placebo, when added to patients' usual asthma treatment. The results showed an increase in asthma-related deaths among people who took salmeterol: 13 deaths among 13,176 patients on salmeterol for 28 weeks versus only three among 13,179 patients on placebo.

Unfortunately, the potential deadly side-effects of these medications were not immediately apparent from the data submitted to the FDA. Why? Because the data included six months of follow-up during which time the study participants continued using the medication. In fact, the problems or risks associated with the LABAs are reduced when people stop using the drugs. But the FDA found this out only when they looked at the initial study data without the follow-up statistics.

More News
In June 2006, a meta-analysis of 19 studies on asthma was published in the Annals of Internal Medicine, which showed that patients taking LABAs had a substantially higher rate of hospitalization, life-threatening exacerbations and death compared to people given placebo. The study investigators concluded that salmeterol was likely responsible for approximately 4000 of the 5000 asthma-related deaths reported annually in the United States. And, they suggested that these drugs be re-evaluated with a view to being removed from the market.

With respect to Brovana, which is approved for COPD but not asthma, the active ingredient is arformeterol. But the FDA warns that the findings regarding salmeterol may apply to this drug as well.

Later this year the FDA will hold a public advisory meeting to discuss the benefits and risks of the LABAs in treating asthma and COPD, and whether these drugs should remain on the market.