The Story of Libby Montana and Asbestosis

In January 2017, after more than a decade of litigation, 1,000 vermiculite mine workers and residents of the town of Libby, Montana were awarded a $25 million settlement in compensation for exposure to asbestos from the W.R. Grace Company vermiculite mine that caused dozens and dozens of cases of asbestosis, mesothelioma or lung cancer. 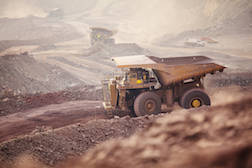 Another payout of $43 million was awarded to 1,300 plaintiffs in 2011 in a separate but similar battle for compensation for exposure to asbestos at the Grace mine.

The Libby, Montana asbestos contamination is considered to be one of the worst man-made toxic waste disasters in US history. The events subsequent to the contamination in Libby have had significant consequences for government and corporate entities and their responsibility to protect the environment and human health and safety.

Vermiculate is a mineral used to make insulation and is generally not dangerous. However, the Libby vermiculate mine also contained naturally occurring deposits of asbestos that made the mining operation more dangerous than town residents and mine workers knew.

The town was perpetually full of dust from the mine and leftover vermiculite from the mine was routinely spread on baseball fields, gardens, roadways and parks.

Although there were many reported cases of deadly lung disease in the community during the mine’s 80 year history it wasn’t until the mid-1990s people began to connect the lung disease to the mine.

The mine owners, the W.R. Grace Company, were aware of the asbestos contamination problem but it steadfastly denied it was responsible for the health problems in Libby.

“About 8 to 10 years ago the W.R. Grace argument failed and litigation began in Libby, Montana,” says Gregory Cade, an attorney with the Environmental Litigation Group in Birmingham, Alabama.

“The federal government took a hard look at the high rate of cancers and especially mesothelioma in that area to determine whether the cancers were the result of being exposed to vermiculite and it found that to be true.”

The mine was closed for good in 1999. The town of Libby, Montana was designated as a Superfund site in 2002 by the EPA and a massive cleanup of the town began. In 2008, the W.R. Grace Company was ordered to pay $250 million for future clean-up.

The Superfund is federally administrated money that is dedicated to clean up industrial waste sites. It was established in 1980 to deal with corporate polluters.

“Prior to Superfund designations there were areas that were just left unattended and they posed a significant threat to the environment and to health and safety of people,” says Cade.

“This is why the Superfund was developed. The act was created for the sole purpose of going after companies that left these areas and to make them pay for the cleanup or compensation or whatever should occur.”

Until the mid 90ies the money for the fund was collected through a tax on chemical and petroleum companies. Taxpayers mostly foot the bill now. The Environmental Protection Agency (EPA) also has the power to identify polluters and through the Department of Justice force polluters to pay.

“Typically the chemical or the contaminant involved in a Superfund clean-up situation is so dangerous to human health and the environment that the EPA will want to investigate. It may contain things like arsenic or lead or PCBs, benzene, or asbestos like Libby, Montana or trichloroethylene – something that has had an impact on the environment and needs to be removed,” says Cade.

More ASBESTOSIS News
As of 2016, the EPA had investigated thousands of sites in Libby, Montana and completed clean-ups at more than 2,000 locations including public parks and local schools. There is still more to do in Libby but it is expected the project will be complete in around 2018 or 2019.

There are hundreds of other areas in the US where industry has left toxic conditions that are currently designated as Superfund sites.

Gregory Cade is a principle with the Environmental Litigation Group in Birmingham, Alabama. The firm is currently representing a number of individuals and communities where company operations have left the community with significant contamination issues, or damage to property, or resulted in personal injury such as asbestosis, mesothelioma and other diseases related to toxic substances such as PCBs, dioxin, or coke oven emissions.