The family of a Texas man who reportedly developed pulmonary asbestosis while working around asbestos-containing products throughout his career has decided to file a lawsuit against the man's former employers. 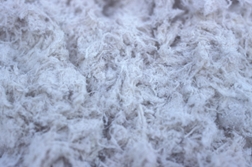 According to the Southeast Texas Record, Agnes Dixon, Jane Lampman, Molly Abshier and John Dixon Jr. filed the lawsuit recently in Jefferson County District Court. The asbestosis lawsuit contends E.I. DuPont De Nemours and Company, Tin Inc. and a number of other companies were responsible for allowing John Dixon Sr. to be exposed to asbestos.

Specifically, the plaintiffs are claiming their father and husband dealt with asbestos exposure during his tenure at Owens Illinois and DuPont. Because of this exposure, John Dixon Sr. is alleged to have developed the asbestosis and died last September, according to the lawsuit.

In the suit, the plaintiffs accuse the defendants of acting negligently by allowing Dixon to be exposed to asbestos-containing products while on the job. Additionally, the suit claims Dixon was not sufficiently warned of the dangers that such exposure could entail. The plaintiffs are reportedly seeking exemplary and punitive damages, as well as court costs and damages, the news source reported.

Asbestos has been used since the time of the ancient Greeks and Romans and was once prized for its resistance to fire and utility as an insulator. However, by the mid-1960s, it was clear that the inhalation of the dangerous particles could ultimately lead to the development of serious illnesses, including asbestosis, lung cancer and malignant mesothelioma.

More ASBESTOSIS News
Such illnesses are a problem worldwide, despite the fact that a number of restrictions have been placed on the use of asbestos in recent decades. All told, asbestos-related diseases kill approximately 107,000 people around the world each year, estimates the World Health Organization.

In another recent asbestosis case, the South Carolina Supreme Court reportedly revoked a decision giving workers' compensation benefits to a man who developed the disease after working at a Westinghouse Electric Corporation plant in Hampton County.

According to the Savannah Morning News, the man allegedly developed breathing problems while working at the plant, and was later diagnosed with asbestosis along with a number of other conditions.

However, the court ruled that the man could not demonstrate that he lost wages as a result of the deadly disease, the news source reported.