Asbestosis Risk has been known since Roman Times

While a class action lawsuit waged against Halliburton Co. has gone on for some 14 years, it’s been more than 114 years that knowledge about the dangers of asbestos and asbestosis lung disease has been known. Only in the last few decades has the industrialized world taken the risks of asbestos seriously by phasing asbestos out in certain products, and asbestos abatement procedures for the renovation industry has reflected the adoption of asbestos as a carcinogen, and a truly hazardous material. 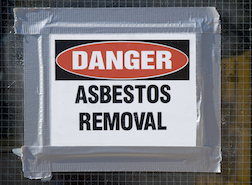 And yet the asbestos cancer, asbestosis and asbestos mesothelioma lawsuits keep coming based upon exposures to asbestos fibers or asbestos dust dating back three decades. Asbestosis, asbestos cancer and notably mesothelioma, which affects the outer lining of the lungs and internal organs – can incubate for some thirty years and remain undetected before suddenly emerging into disease for which there is no, known cure.

The World Health Organization estimates there are some 107,000 deaths each year due to asbestos exposure and asbestosis disease.

Pundits note that for the most part corporate America tends to put their efforts into limiting asbestos and asbestosis disease liability, rather than going the extra mile to protect workers.

The long-running securities class action was in limbo pending an appeal. However the proposed settlement parks the pending appeal, which will be voided if the lower court accepts the settlement deal valued at $100 million. Halliburton would pay a little more than half that amount directly, or about $54 million, with the remainder covered by insurance policies.

The settlement is little solace for asbestos workers, and former workers felled or sickened by asbestosis lung disease without knowing the true risks, or given the opportunity to protect themselves and their families from the dreaded disease. Workers have been known to wear their asbestos-laden work clothes home. In rare cases other family members, such as those charged with the task of laundering asbestosis-infected work clothes and uniforms, have died from asbestosis disease.

An op/ed piece published in the Edmonton Journal (01/06/17) suggests concern about asbestos has been around since Roman times. The earliest documented case of concern, according to David R. Boyd and Will Amos, is a reported published by the British government in 1898 warning that inhaling asbestos dust was killing workers in the UK.

Twenty years later, in 1918 a statement issued by the Prudential Life Insurance Company opined that “in the practice of American and Canadian life insurance companies, asbestos workers are generally declined on account of the assumed health-injurious conditions of the industry.”

Canada has announced a comprehensive ban of asbestos by 2018. That’s little comfort for any workers suspecting an exposure to asbestos dating back 30 years to 1988 or earlier, and waiting for the other shoe to drop: asbestosis lung disease.

The Halliburton lawsuit is Erica P. John Fund Inc. v. Halliburton Co., Case No. 3:02-cv-01152, in the US District Court for the Northern District of Texas.

If you or a loved one have suffered losses in this case, please click the link below and your complaint will be sent to a defective products lawyer who may evaluate your Asbestosis claim at no cost or obligation.
Request Legal Help Now