A report issued by a product liabilities consulting firm suggests the number of asbestos lawsuits in 2015 is down slightly from 2014. But the same report notes that the number of defendants has increased. Asbestos lawsuits have been filed by people who became ill after their exposure to the carcinogen, alleging people were not properly warned about the risk of serious, fatal illnesses associated with asbestos exposure. 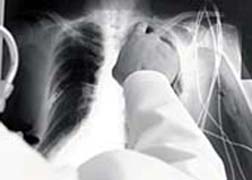 According to the KCIC report Asbestos Litigation: 2015 Year in Review, there were 4,820 total asbestos claims in 2014. That number dropped to 4,465 in 2015. But despite the drop in overall claims, the number of defendants increased. That's because asbestos lawsuits tend to name multiple defendants - in some cases, even hundreds of defendants.

KCIC notes that the average number of defendants in an asbestos lawsuit increased from 64 in 2014 to 69 in 2015. One lawsuit went so far as to name 361 defendants. In contrast, only 12 lawsuits named a single defendant. Almost half the lawsuits filed named between 51 and 150 defendants.

The report notes that the Madison County, IL, has the most filings, with 1,123 asbestos lawsuits filed in 2015. That's well ahead of Baltimore City, MD, which came in second with 506 lawsuits. Most lawsuits that were filed concerned mesothelioma, followed by lung cancer.

More ASBESTOSIS News
Asbestos has been linked to the development of mesothelioma, asbestosis, and lung cancer. Lawsuits have been filed against many companies alleging employees, consumers, and the general public were not properly warned about the risks associated with asbestos exposure. Because asbestos exposure can take decades to develop into mesothelioma, and because plaintiffs may have been exposed to asbestos in numerous settings, determining liability can be difficult.

One lawsuit was recently filed in St. Clair County against a variety of defendants alleging battery, manufacturing defect, and fraudulent misrepresentation. That lawsuit, according to the Madison-St. Clair Record (7/7/16), alleges Fred Roth, a former U.S. Marine, was exposed to asbestos fibers from products he worked with. The lawsuit claims the defendants knew or should have known about the toxic implications of ingesting or inhaling asbestos.